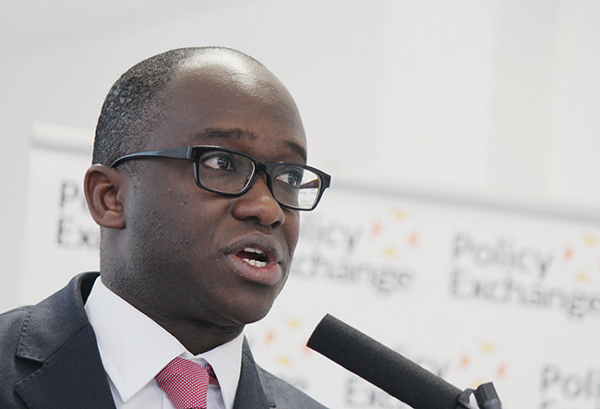 In a speech at an event held by right-wing think-tank Policy Exchange in London on Tuesday, he said: “Joined-up nursery provision means parents may well be able to go back to work and children can access the help they need earlier on in life.

“Many schools already have most of the skills, the resources and the buildings they need to do this. And, as we know, parents trust schools.”

Mr Gyimah also claimed that children who went to pre-school were projected to earn “a staggering £27,000 more” during their careers than those who did not.

The “staggering £27,000” was included in a report by the Department for Education (DfE) based on the Effective Pre-school, Primary and Secondary Education (EPPSE) Project research project.

However, the report also warned: “These figures need to be considered with caution because of caveats such as the difficulty in predicting future earnings of the cohort.”

Mr Gyimah said he wanted schools to consider “teaming up with private, voluntary and independent nurseries, sharing the best ways to work between themselves”.

Under current rules, nurseries in maintained schools for children aged 3 or more must have at least one member of staff for every 13 children. And at least one staff member must hold a relevant level 6 qualification – equivalent to postgraduate certification.

By contrast, private and voluntary nurseries must have one member of staff for every eight children, but the lead staff member only need hold a relevant level 3 qualification.

Chief executive Neil Leitch questioned how providers could work together without funding.

“If the minister wants to build a sector where maintained and non-maintained providers work together, he needs to make sure that they are on an even footing – but this is clearly not the case at present.

“We are extremely concerned that the government is still ignoring the fact that the free entitlement offer is severely underfunded. To suggest that providers can address this issue by simply being ‘more creative’, demonstrates a complete lack of understanding of the severity of the problem.”

New legislation passing through parliament this week, however, could help schools to enrol more two-year-olds.

Proposals in the Small Enterprise Bill mean headteachers could register two-year-olds as pupils, in the same way as normal school-age children, and in doing so exempt the school from having to undertake separate Ofsted inspections for early years provision.

Speaking about the event, National Association of Head Teachers general secretary Russell Hobby said many primary schools did not offer early years provision partly because of the “distinct regulatory, funding and accountability frameworks that they need to navigate at this phase. It means they have to comply with a whole new set of requirements, inspections and regulations.

“The government is working to harmonise and minimise these differences, which we welcome.”