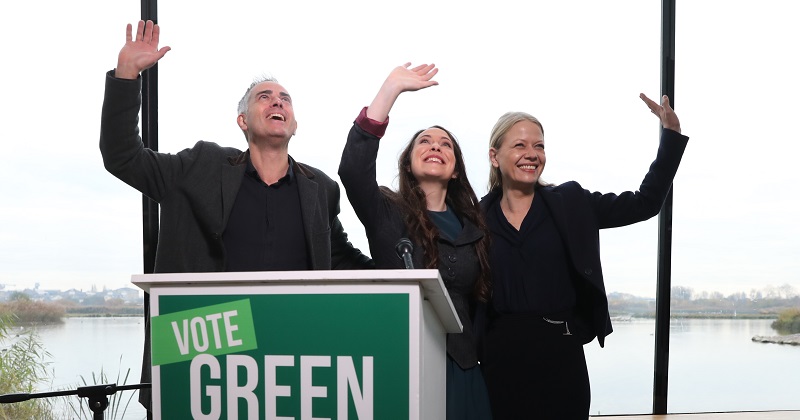 The Green Party has pledged to increase the schools budget by at least £4 billion if it wins the election, escalating an education bidding war in the run-up to December’s election.

Party co-leaders Sian Berry and Jonathan Bartley launched their manifesto at an event in London today.

The document reaffirms the party’s commitment to scrapping Ofsted and SATs, bringing all schools under council control, pushing back the age at which children start formal schooling to six years old and abolishing the national curriculum.

Of the new pledges in the manifesto, the school funding commitment is the most significant. The issue is expected to be a key battleground for political parties in the run-up to this election.

Labour is expected to set out its plans for school funding at its manifesto launch in Birmingham this Thursday, while the Conservatives are likely to stick to the pledge made by Boris Johnson in the summer. Under the Tories’ plan, school funding will increase by £7.1 billion over the next three years.

“Our plan to unlock education will relieve the financial squeeze on schools after years of education cuts, by increasing funding by at least £4 billion per year,” the Greens’ manifesto stated.

Elsewhere in the document, the Greens have pledged to update the school food standards “to reflect the latest nutritional guidance”, and make it apply to all schools if they form a government. They will also refer to free school meals as a “school meals allowance” to tackle stigma.

The party has also promised to “properly fund” training to support the delivery of “comprehensive, age-appropriate personal health and sexual education (PHSE) lessons in schools covering all aspects of sex and relationships, with a focus on consent”.

The Greens also want to pass an English climate emergency education act to support schools to teach about the climate crisis, and have also pledged to introduce a “nature GCSE”.

Schools will also have to teach about examples of “communal enterprise”, such as co-operatives and community interest companies, and the party will “restore arts and music education in all state schools”, though it has not said how this would be achieved.