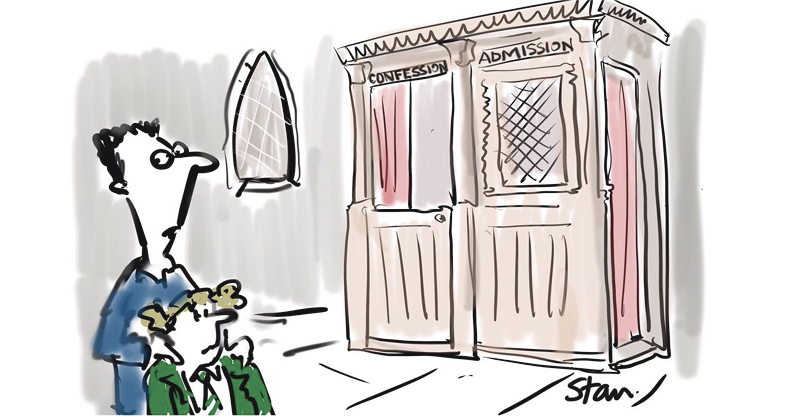 The school admissions watchdog has ruled that a new certificate used to confirm a pupil is from a “practising Catholic family” when applying for a school place is “unfair and arbitrary”.

The certificate of Catholic practice was introduced by dioceses this academic year to provide a more consistent way of judging a pupil’s religious faith, replacing other methods such as attendance at mass.

But the initiative, backed by the Catholic Education Service (CES), has received a major blow after the Office of the Schools Adjudicator (OSA) upheld several complaints that the form – signed off by a priest – breaks the admissions code.

The OSA upheld objections from two councils and at least one parent on cases spanning five schools, ruling the certificate did not meet requirements for “reasonable, clear, objective and procedurally fair” admissions practices.

It also ruled that the certificate breached rules that “parents can easily understand how any faith-based criteria will be reasonably satisfied”.

The certificates are signed by parish priests and decisions can be flexible to take into account an individual’s circumstances, in contrast to previous criteria-led systems for deciding a pupil’s faith.

But Rob McDonough, a headteacher who sits on the Department for Education’s working group on school admissions, said: “The vicar saying you’re a jolly good egg is not fair enough.”

But he admitted the situation at the schools was likely a “genuine mistake” that had exposed how difficult the code could be to understand.

It also ruled against St Richard Reynolds Catholic college, in Richmond, west London, after a case brought by a local parent and Richmond council.

The OSA ruled that the certificates were “in the gift of an applicant’s parish priest” and agreed with objectors who said the lack of criteria could lead to “different priests applying different measures of practice”.

Jay Harman of the British Humanist Association, which is part of the Fair Admissions Campaign, urged the government to “think very carefully” before going ahead with plans to drop the existing 50 per cent cap on religious selection, adding it would only “pave the way for far more manipulation of this kind.

“It’s bad enough for state-funded schools to be discriminating against and dividing children on the basis of their parents’ religious or non-religious beliefs, but to do so in such an arbitrary and unaccountable way is even more unacceptable.”

The CES, which had worked with dioceses to scrap current school admissions arrangements and introduce the certificate, told Schools Week it was working out “the best way to respond to the adjudications”.

A spokesperson said the certificate ensured other inequalities within the previous system – such as when a pupil attended mass without his or her parents – were accounted for.

“This ensures that the measures used to determine Catholic practice are the same across diocesan boundaries.”

The spokesperson added the “central issue” hinged on the determination of who should decide whether a pupil was a practising Catholic. “Within the Catholic community it is accepted that priests are the correct authority.”

A spokesperson for the OSA said its decision was “binding and enforceable”.

“The admission authorities of the schools concerned must now revise their admission arrangements in line with the decision.

“They have two months from the date of the decision to do so.”