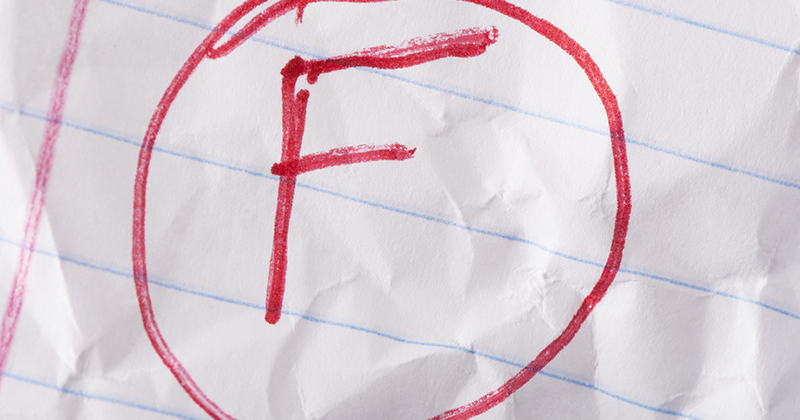 The government has published the latest batch of warning notices issued to underperforming private schools.

Among other transgressions, it found two schools where boys and girls were treated differently enough to affect their personal development, as well as failure to comply with fire safety regulations, and a room used by a special school to calm pupils down which Ofsted inspectors described as an “unfurnished prison cell”.

The latest round covers 27 schools from around the country which were issued with notices in November 2017, reflecting the government’s recent push to take a tougher line with failing private schools.

The existence of the warning notices was first revealed in December 2015 after a joint investigation by Schools Week and the Yorkshire Post that used the Freedom of Information Act to obtain a damning dossier of the previously unpublished documents.

The investigation uncovered 110 statutory improvement notices handed to private schools over a 16-month period. It also revealed that during that time, private schools had breached the minimum independent school regulations 410 times.

A subsequent Schools Week FoI request showed that 131 improvement notices were issued to independent schools from January to November 2016.

The bad, the worse, and the ugly

Beis Soroh Schneirer, a Jewish primary school in Hendon, was criticised because teachers were not following schemes of work in writing, art, technology and physical education.

Talmud Torah London, a Jewish school in Hackney, was also not preparing pupils properly for life in British society.

Beth Jacob Grammar School, a Jewish girls’ school in Hendon, did not have schemes of work for subjects such as French and music, while pupils had very few opportunities other faiths and cultures.

At Date Valley School in Surrey, pupils told inspectors they could not remember learning about religions other than Islam.

London’s Tayyibah Girls’ School, a Muslim school for girls in Stamford Hill, was not safeguarding pupils effectively. Ofsted noted an allegation made by a pupil had not been followed up effectively.

At Olive Secondary Boys and Olive Secondary Girls, both Islamic schools, the different treatment of boys and girls was said to be introducing inequality that affected their personal development.

Warlingham Park School also in Surrey had not made the proper checks on staff to ensure they were qualified and fit to work with children. Neither had Westfield School for girls in Newcastle.

ACS Egham International School, again in Surrey, had only carried out some recruitment checks such as criminal record checks after members of staff had already started working at the school. However, the school was inspected again in March and is now compliant with the regulations.

Leadership and management was a problem at Riddlesworth Hall School in Norfolk, where senior staff did not have adequate levels of experience or training.

Westfield House School, a special school also in Norfolk, was criticised for not having an up-to-date website in place, meaning important information was unavailable.

Olive Tree School, an Islamic school in Lewisham, had only just introduced the study of different religions and arrangements for pupils welfare were “not sufficiently robust”.

In Northampton, Bosworth Independent School failed to look after boarders well, including not storing medication safely and securely.

Al-Furqan Community College for boys in Birmingham was not keeping a record of the sanctions for serious misbehaviour and did not have an effective anti-bullying strategy.

Hillcrest Shifnal School, a small special school in Shropshire, faced an emergency inspection in September last year, after a complaint was made to the DfE. The behaviour policy was found to not working and a room chosen as a place for pupils to calm down was described as an “unfurnished prison cell”.

At Hope House School in Barnsley, pupils were not developing respect for different faiths and beliefs. They also didn’t have easy access to drinking water and the outdoor space was too small.

Running Deer secondary school in in Devon was judged ‘inadequate’ in its first inspection from Ofsted in September 2017. It received a warning notice because of poor attention to pupils’ spiritual, moral, social and cultural development and the weak teaching, learning and assessment.

CACFO UK Education Centre, alternative provision in Croydon, did not have a risk assessment policy, was not storing pupils’ medicines appropriately and was not implementing its health and safety policy.

Schoolhouse Education in Greenwich, was not teaching students science, history or geography, and “games” were taught off-site by an unqualified member of staff.

Le Herisson School in west London failed to provide suitable outdoor space to enable pupils to play outside and pupils were not being given equal access to the local park for recreation.

The London Steiner School lacked suitable drinking water facilities and had not ensured all staff preparing food must were trained in food hygiene.

Fig Tree Primary School in Nottingham was “in a in a poor state of repair”, with loose ceiling tiles, damp and mould, and unsafe electrical sockets.

Milverton House School in Nuneaton had no governance arrangements at all, with the headteacher making almost all decisions by himself, leaving the school in “a vulnerable position”.

At Luton Pentecostal Church Christian Academy the school’s curriculum did not allow enough pupils to make good progress and the science curriculum was too narrow.

Felixstowe International College in Suffolk also had a narrow curriculum, and the sixth-form students were not fully prepared for the next stage in their education, training or career.

Last month, the Department for Education released notices sent to seven private schools last year, after Ofsted revealed “serious regulatory” failings around safety in all of them. It followed nine others that had been published in February

The DfE claimed in January 2017 that it would imminently begin routinely publishing these notices online, but it did not publish a single notice until the nine released in February.