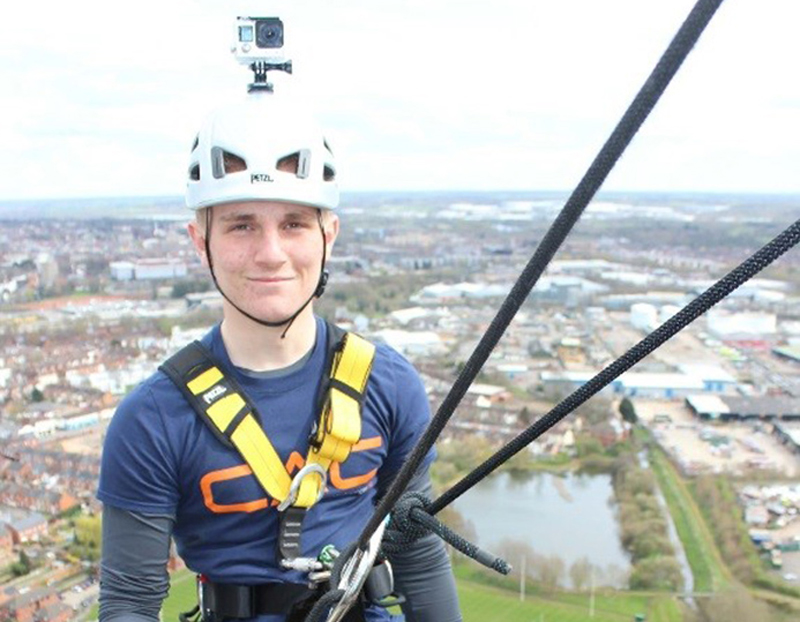 A group of Rushden Academy students in Northamptonshire recently scaled the tallest permanent abseil tower in the world in memory of a fellow pupil’s uncle and for charity.

Josh says: “My uncle was a truly inspirational man who always brought out the best in people without them even realising.”

Josh was joined by Sam Burke, James Dunn, Gaby Steele and Ethan Trafford who pushed themselves over the edge, literally, at the event organised by the National Abseil Team.

Jay Davenport, Rushden’s principal, says: “We are extremely proud of our students, led by Josh, who took on this amazing challenge – and especially James who overcame his fear of heights to take part. Congratulations to them all.”