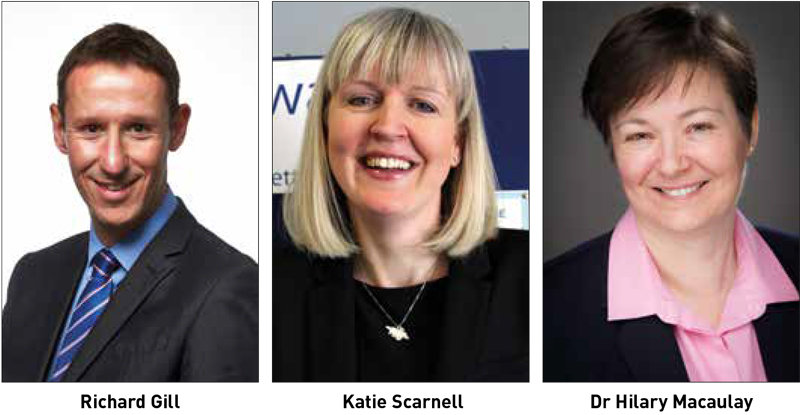 He will run the multi-academy trust’s seven schools in Birmingham and north Warwickshire, taking over from interim chief executive Sally Taylor.

Gill says one of his main priorities is to address the impacts of the recent education white paper and increasing academisation, which, he says, give people in his position a “real opportunity to be the architects of our own destiny in securing the best possible education for our young people”.

Although schools will no longer be compelled to convert, new powers will trigger conversion of all schools in an area if a council is underperforming or if it is no longer financially viable for it to run schools.

Gill says that he predicts his trust will grow in the coming years.

“In the present climate growth is inevitable. But I do think there is a difference between growth and empire building, and I am certainly of the former, not the latter.”

Gill, who first joined Arthur Terry in 2010 as deputy head, is the newly elected Teaching Schools Council member for the West Midlands, and was made a national leader of education by Nicky Morgan last year.

Before he started teaching, he was a freelance musician following his degree in the subject at Huddersfield.

Katie Scarnell will take over as principal of Greensward academy, Essex, when Debbie Stokes retires in the summer.

At present she is deputy headteacher of All Saints Catholic school in Dagenham, where she has worked for 15 years.

The daughter and granddaughter of primary school heads, Scarnell says she felt “destined to become a leader in education”.

Between now and taking charge of Greensward, she will spend time in the school to get to know colleagues and students.

“I want to meet as many staff as I can before September so I can learn and pick up on everything I need to do. I want to meet students and parents, too, so I can hit the ground running. For the meantime, it’s about managing the transition before making a plan or any changes.”

Scarnell studied social and political sciences and her PGCE at the University of Cambridge.

Dr Hilary Macaulay has been appointed executive principal of the new Merchants’ Academy Trust. It has two schools: Merchants’ Academy in Bristol, and nearby Venturers’ Academy, due to open in September, for children with autism from age 4 to 16.

Macaulay, previously principal of Harris City Academy Crystal Palace, south London, had a brief spell in the army before becoming a teacher.

She has also worked as a consultant for SSAT, the schools network, mentoring newly-appointed academy principals, and for the Department for Education as a seconded executive principal.

Macaulay says she has a specific interest in curriculum design and creating high performing teams.

“As Merchants’ Academy Trust grows in size and reputation, I plan to work closely with staff . . . to ensure that every student and member of staff achieves more than they ever thought possible.”