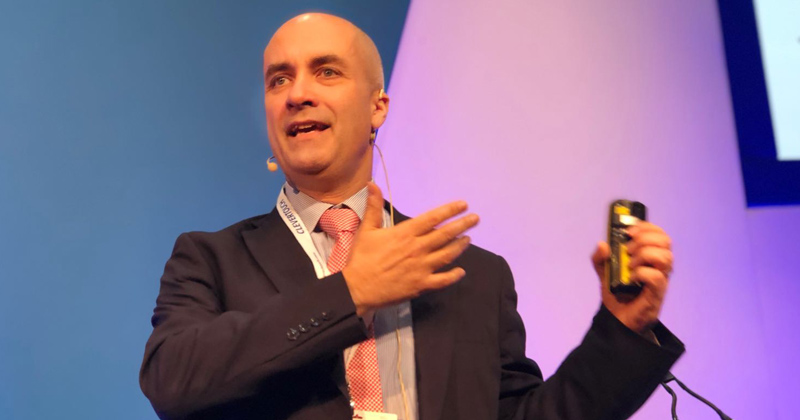 The national schools commissioner has revealed academy trust bosses can get “a steer” on whether their plans to take over schools would get the go-ahead before official meetings.

Important decisions on academies – such as choosing which trusts to take over a school – are made by regional schools commissioners during headteacher board meetings.

During the Headteachers’ Roundtable on Friday, Vic Goddard, chief executive of the four-school Passmores Co-operative Learning Community, said a nearby single-academy trust was “desperate” to join his trust.

But he said “nobody has any faith we’re going to put hours and hours of work in” for it to be thrown out by the “shadowy headteacher board… without us knowing why. Before we put effort in to grow, what sort of reassurances [are there] it’s worth the effort?”

In response, national schools commissioner Dominic Herrington urged Goddard to “send me or the RSC a kind of one- or two-page summary about what your overarching plan is, to get a kind of indication or steer”.

He added he was “happy to get an indicative view” on the proposal.

Schools Week understands this is something that has always been encouraged by commissioners, so that academy leaders know they aren’t just submitting “fruitless” applications.

The headteacher board system – where elected and co-opted school leaders advise RSCs on academy decisions – has previously been criticised for a lack of transparency.

The meetings are not open to the public, and until towards the end of 2018 no more than one-word explanations were given in minutes of meetings to explain decisions.

However, under Herrington, minutes now include more detail about decisions.

Speaking at the event, Herrington said the headteacher boards are a “really important part of our system. They are providing professional advice to RSCs that they wouldn’t otherwise get.

“It’s a fantastic type of professional development for headteachers or trust leaders, but also an advisory board that gives the RSC real insight.”

He added he wants leaders to “have as much of a say as possible… My way of doing that is having a system of HTBs… It’s a really good bit of our system.

Regional schools commissioners often get “bombarded” by correspondence from parents during campaigns against academy decisions but don’t have “resources to hold groups of meetings with parents”.

Commissioners have been criticised for being inaccessible and not listening to the view of parents during important decisions on academisation.

National schools commissioner Dominic Herrington said, where situations get “quite acute”, that RSCs will meet with parents or local authority scrutiny committees.

However, he said RSCs now expect the voice of parents and pupils to come through the school, trust, local authority or member for parliament.

He also added the Education Skills and Funding Agency has a complaints process.

“My experience is parents find a way to talk to everyone, often through social media, and RSCs are bombarded at times if there’s a parental campaign.”

He warned the commissioner role was an “all-encompassing 24/7 job”, adding: “We will always listen to what parents are saying, everyone will have to just, I suppose, trust our professionalism as civil servants in doing that – rather than going out and holding groups of meeting with parents and pupils, because we just don’t have the resource for that.”