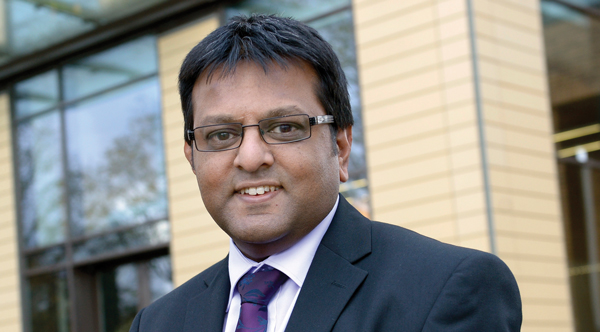 A regional schools commissioner has given the green light for an academy in Redditch to convert to a two-tier school – despite more than 92 per cent of stakeholders opposing the change.

Pank Patel, regional schools commissioner for the West Midlands (pictured), approved an application for Tudor Grange Academy to expand its age range in April, despite fears it could “decimate” the town’s three-tier education system.

Mr Patel (pictured) and his headteacher board gave the go-ahead despite a consultation, submitted as part of one of the school’s business cases, showing 92.6 per cent of people disagreed with the change.

Those consulted included local schools, parents and prospective parents. Mr Patel’s decision seems to contradict claims last week from Paul Smith, regional schools commissioner for Lancashire and West Yorkshire, that he and his colleagues were “answerable to the families and schools in the region, to make sure they go to schools that are good”.

Campaigner Sharon Harvey, who founded the Redditch School Changes Team, said in a letter to Mr Patel: “How can the RSC justify approving this business case [Tudor Grange] in the face of such opposition?

“It makes a mockery of the consultation process, reducing it to little more than a box-ticking exercise.”

A total of 448 people disagreed with the proposed change at Tudor Grange. Twenty-five backed the change.

But Rob Wye, head of office for the West Midlands RSC, said “careful consideration” was given to a “wide range” of evidence.

In a reply to Ms Harvey’s letter, he wrote: “It is government policy that we have a school-led system, where headteachers are trusted to make the appropriate decisions to improve and drive up standards and in doing so will also be held to account for the decisions made.

“The trust, in addition, will also be held to account for the delivery and raising standards in the schools.”

He said it was down to the schools to implement the decisions and ensure “standards in education rise”.

He added there was “nothing more we are able to share or communicate over the decision and we consider the matter closed and will not be responding on any further letters”.

It is understood the RSC’s office asked the academy trust to run a second consultation after concerns that the first had an unrepresentative response.

A spokesperson for the Department for Education said: “Consultation with parents and stakeholders is just one factor in a range taken into consideration when making decisions on the future of a school.

“There are a number of strict criteria that a school has to meet in order to proceed with any structural change.

“Schools Commissioner Frank Green has spoken with the handful of parents who have contacted the RSC to oppose the decision, and RSC for the West Midlands, Pank Patel, has held positive meetings with headteachers on the issue. It is vital that we avoid the unnecessary delays that put pupils’ education at risk.”