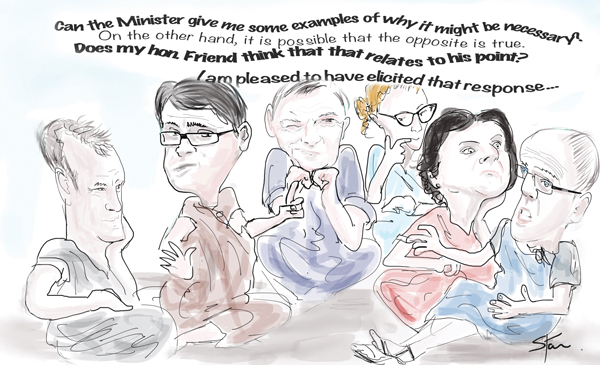 Philosophy sessions for pupils as young as 9 and 10 can improve progress in maths and reading, especially for disadvantaged children, according to a new report from the Education Endowment Foundation (EEF).

Maths and reading scores improved by an average of two months after pupils took part in the Philosophy for Children study.

The change was greater for disadvantaged pupils, with their reading skills improving by four months and their maths results by three months.

“The results were positive. They weren’t huge, but given that it is a relevant achievement of the intervention, it seems to be a success,” said Stephen Gorard, professor in the School of Education at Durham University, who led the research with Dr Nadia Siddiqui and Dr Beng Huat See.

A randomised controlled trial of 3,159 primary pupils across 48 schools over the past year was delivered by the Society for the Advancement of Philosophical Enquiry and Reflection in Education.

Teachers were given two days of training before the year-long programme began and were provided with ongoing support to help them to deliver the sessions.

In a typical lesson, pupils and teacher sat in a circle. The teacher then showed a video clip, image or newspaper article with a philosophical dimension, to stimulate pupils’ interest.

After a short period of silent thinking time, the class split into small groups to generate questions that interested them.

Each group chose a question with philosophical potential to get the whole class talking.

“The good thing about this trial was that it was a whole school intervention rather than just taking some children out for extra reading and maths,” said Professor Gorard.

“It seems to have changed the culture and spirit of the schools.”

Adding that there were “no negative indicators” from the trial, Professor Godard said he believed philosophical sessions should be encouraged more widely in schools, and that Philosophy for Children would be a good use of the pupil premium at less than £30 per child.

Dr Kevan Collins, chief executive of the EEF, joined Professor Godard in hailing the success of the study. “It is absolutely brilliant that today’s results give us evidence of its positive impact on primary pupils’ maths and reading results,” he said.

“Given its low-cost, teachers should use these results to seriously consider whether philosophy sessions and promoting philosophical thinking could work in their classroom.”

The EEF said that feedback from teachers throughout the trial suggested it also had a beneficial impact on
wider outcomes such as confidence, patience and self-esteem.

Alexia Fox, assistant headteacher of Hinde House School in Sheffield, said the trial had “made a huge difference to the way our children interact with each other.

“In the playground, they [the pupils] can talk about their disagreements. They now respect other children’s points of view. In the classroom, their ideas are far more developed as they are better equipped to understand how others think and accept that these opinions are all valid.”