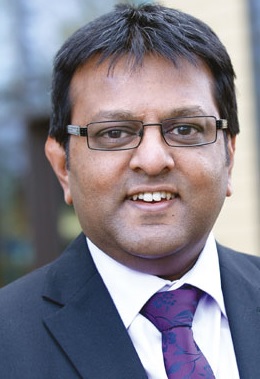 A regional schools commissioner has granted permission for neighbouring academies to convert into two-tier schools – despite concerns it would “decimate” the town’s education system.

Tudor Grange Academy Redditch (TGAR) will expand from being an upper high school to taking in year 7 and 8 pupils and Ridgeway Middle School will move from educating nine to 13-year-olds to taking 11 to 16-year-olds.

The intervention sheds more light on the powers handed to RSCs, who are unelected civil servants operating.

We revealed last week that an RSC had warned a struggling school for allowing teachers too much control over teaching practices, leading to concerns that commissioners were operating as a “shadow Ofsted”.

Mr Patel’s decision has angered campaigners, who say the knock-on effect threatens the future of other schools in the town.

A teacher at a Redditch school, who did not want to be named, told Schools Week: “My greatest fear is that my children and many others in Redditch will be the ones to suffer from the fallout of this great academy experiment.”

The town’s MP Karen Lumley said that in a previous meeting with Department for Education officials it was “made clear it [was] unlikely the department would approve any school proposals if they had a considerable knock-on effect on other schools and the wider community”.

Redditch has a three-tier education system, with schools split into four ‘pyramids’ of feeder schools.

Both TGAR and Ridgeway are in the same group. It is believed at least two ‘first’ schools in that pyramid – which teach year one to four – have now applied to turn into primaries, teaching through to year six.

Ms Lumley said she had previously helped organise talks between headteachers to try and find a solution which suited them all and retained a pyramid structure.

However she told Schools Week: “They [the RSC] think a two-tier system provides better results for children. The knock-on effect is my concern. I’m not very happy about it, but when you are an academy they are entitled to.”

More than 3,000 parents signed a petition against the change at TGAR.

Sharon Harvey, one of the founders of the Redditch School Changes Facebook group, said: “Throughout this whole period of consultation and waiting we have been constantly assured that the pyramid agreement would be a key issue, and that significant changes would not be allowed if they were to damage the infrastructure of the town’s education.

“We waited patiently while the pyramid heads attended meetings and invested their time in seeking a pyramid solution, but it would seem that the Regional Schools Commissioner still saw fit to approve these disruptive and unpopular changes.

“He did this based on evidence provided by the schools. How are we to believe this was a fair and unbiased process?”

Mr Patel has now agreed to visit the town in May to talk to stakeholders, teachers and governors about the changes and provide “clarity for parents”.

TGAR proposed the change in May last year, one month after the former Kingsley College had been taken over by the Tudor Grange Academy Trust, run at the time by now-RSC for the east midlands and Yorkshire, Jenny Bexon-Smith.

The age change will start in September next year.

In a statement released last month the school said its staff would be working with colleagues in the pyramid to ensure the changes are as smooth as possible.

Ridgeway said its application was driven by “the implications other age change proposals in local schools would have on Ridgeway”. It will continue to take Year 5 and 6 children until at least 2018/19.

A Worcestershire County Council spokeswoman added: “The decision has been made and we now must work with the outcomes of the consultation and ensure the pyramid promotes outstanding educational outcomes for all learners along with its duty to ensure sufficiency of school places.”

The DfE could not comment because of purdah rules.