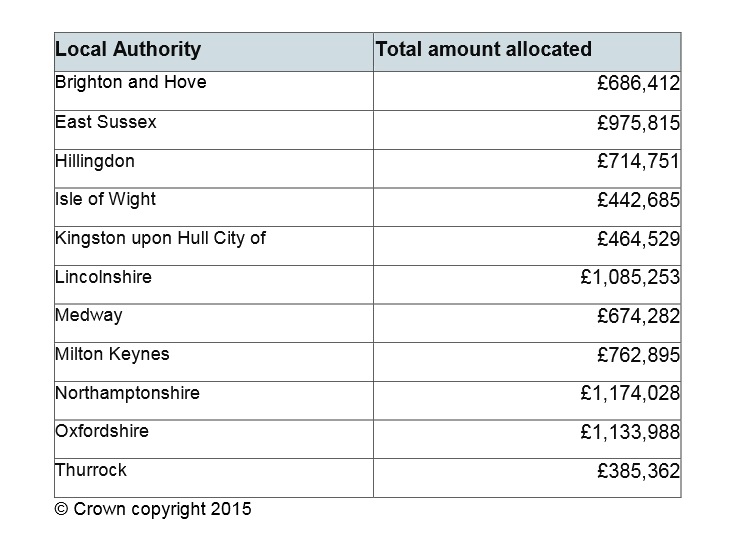 Concerns have been raised after schools with poor rates of free school meal uptake missed out on a share of £8.5m in funding to support the improvement of kitchen and dining facilities – while others, who did not ask for the cash, have triumphed.

The funding has been released by the Department for Education (DfE) as part of the implementation of the universal infant free school meal policy (UIFSM) offering free school meals to all pupils until the age of seven.

DfE guidance states that authorities received funds if they had a take-up rate of under 80 per cent, as recorded on annual census figures. Those figures will not be publicly available until June.

Brighton and Hove Council, one of 11 local authorities (LAs) that received a share in the latest round of funding, told Schools Week that while they cannot release the census figure, their average uptake rate for infant free school meals is running at 82 per cent – two per cent higher than the cut-off rate.

The council did not bid for any of a previous £16.3m tranche of UIFSM capital funding grants available earlier this year.

And assistant director of children’s services Dr Jo Lyons, said that the discrepancy could be due to census numbers being taken on an unusually low day.

She said the figure was recorded on “one of our least popular days in the menu cycle”.

By contrast, West Berkshire Council did not receive any funding, despite having an average daily take up rate of just 70-72 per cent – some way below the 80 per cent level.

Andy Jolley, an education blogger who has written extensively about the free meals policy questioned the use of census data, rather than averages, as a sensible criteria.

He said: “The census rate is not representative of the true take-up rate in schools, meaning the allocation is not going where it is needed.”

Thurrock Council, another of the 11 LAs  receiving a share of the latest funding, also did not apply for funds in previous rounds, but said that its take up rate for meals averaged 67 per cent between September 2014 and February 2015.

However, school catering and traded services manager Jenny Pittam said that a lack of adequate kitchen and dining facilities, which is what the funding aims to provide, was not the key explanation for low uptake.

She said that “a lack of awareness amongst parents” and “schools not having a strict packed lunch policy that restricts unhealthy food” were important factors.

Mr Jolley questioned whether funding ought to go to all areas with low take-up rates.

He said: “Addressing low take up does not necessarily require extra infrastructure spending and its impact will be questionable, especially in areas that don’t appear to need extra capital investment.

“The DfE would do better to fund the hundreds of schools who they know need extra money to meet health and safety standards, or ones running at significant losses, rather than continue to politicise the distribution of funds.”