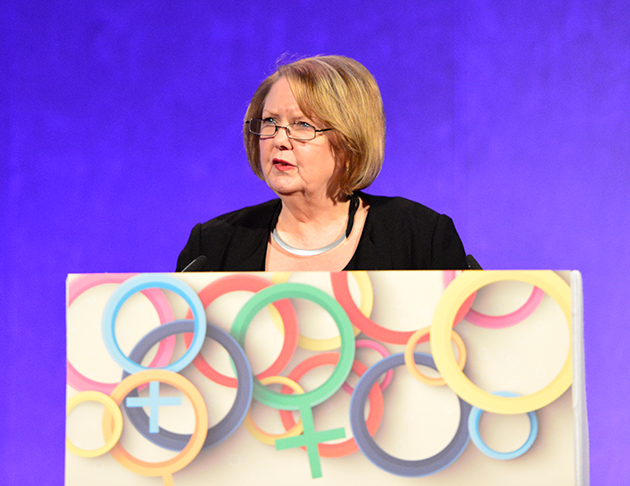 A retired teacher who spent 11 years working in classrooms containing asbestos secured a personal injury claim for £210,000 after she was diagnosed with mesothelioma, the NASUWT union has revealed.

The union, which is at conference in Cardiff this weekend, revealed details on Friday (April 3) of the successful claim that it helped secure last year for the 70-year-old from the East Midlands, who was diagnosed in 2013.

A spokesperson for the union said: “Between 1973 and 1984, the member had worked in two secondary schools and taught in classrooms containing asbestos that was present in the pre-fabricated buildings, in ceiling tiles and on wall panels.

“In one particular classroom, asbestos ceiling tiles would regularly fall down, which the member would have to pick up.

“In another classroom, asbestos tiles were replaced during term time and during the school day, generating a large amount of dust.

“In addition, as the member was a science teacher, she regularly had to handle asbestos mats.”

It comes as the National Union of Teachers (NUT), which will complete its annual conference in Harrogate, Yorkshire tomorrow (April 7), revealed the disturbing findings of its own survey into members’ experience of asbestos this morning (April 6).

An NUT spokesperson said it showed that while “nearly 90 per cent of schools still contain asbestos”, there was still “ a long way to go in raising awareness” of the presence of the potentially deadly substance.

A total of 201 teachers answered the survey questions, with a third of them reporting “an incident which may have led to exposure to asbestos” at their workplace.

In addition, 99 per cent of respondents agreed that there should be a long-term government strategy for the removal of asbestos from all schools.

An NUT spokesperson added that “80 per cent said that parents had not been given information about the presence of asbestos and its management. In the US this is mandatory”.

“The failure to assess risk, the slow responses and a lack of knowledge and awareness are major factors, and as this survey shows, what is needed to truly address the problem is a concerted effort on a national scale.”

An NASUWT spokesperson said that it had helped secure compensation totalling £19,765,349 in total for members in 2014.

They had been awarded over, for example, unfair dismissal, personal injuries, criminal assault, unlawful deduction of wages, breach of contract, constructive dismissal, victimisation and discrimination.

Chris Keates, NASUWT general secretary, said: “The tragedy is that in most cases compensation would be unnecessary if employers followed good employment practices and appropriate health and safety procedures.

“Instead, teachers have their careers, lives and health blighted and millions of pounds of public money has to be spent in compensation.

“Employers flout the law, but it’s the teachers and the taxpayers who pay the price.”

A Department for Education spokesperson said: “Nothing is more important than the health and safety of children and staff in our schools.

“Schools have information to ensure those responsible for managing asbestos are equipped to do so effectively.”

She added: “Compensation payments are agreed on a case by case basis and the department has no role in the process.”