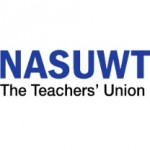 Almost three quarters of teachers receive work-related emails outside of school hours, a new NASUWT survey on the abuse of technology has found.

The survey results showed that the proportion of teachers receiving work-related emails outside school hours had increased to 73 per cent from 69 per cent in 2014, with 88 per cent receiving emails during weekends compared to 85 per cent in 2014.

Nearly half (49 per cent) of respondents had also received work-related emails during periods of sickness absence, compared to 43% in 2014.

Chris Keates, NASUWT general secretary, said: “It is widely acknowledged that teaching is one of the most challenging and stressful occupations.

“The abuse of email is adding even more pressure.

“It is unacceptable that teachers at home or when they are ill or on leave continue to be bombarded with emails at all times of the day and night, particularly with an expectation that they should respond in a particular timescale.

“This is simply a form of home invasion on a grand and unacceptable scale.”

She added that abuse of technology was adding to the pressure, with some teachers being given tablets and mobile phones by their employer, not to support their work but to make sure that they are available constantly.

“In principle, when an email is sent, it should not be the problem. However, it’s the expectation and pressure for response that accompanies it that piles on the pressure” she said.

“The abuse of emails by employers is symptomatic of the low priority that too many give to the wellbeing of their staff and the failure to respect them as professionals.”

In addition, 32 per cent of respondents said they were expected to communicate with parents/carers via email in their own time, compared to 25 per cent in 2014.

A further 19 per cent said they were expected to communicate with pupils via email in their own time, compared with 16 per cent in 2014.