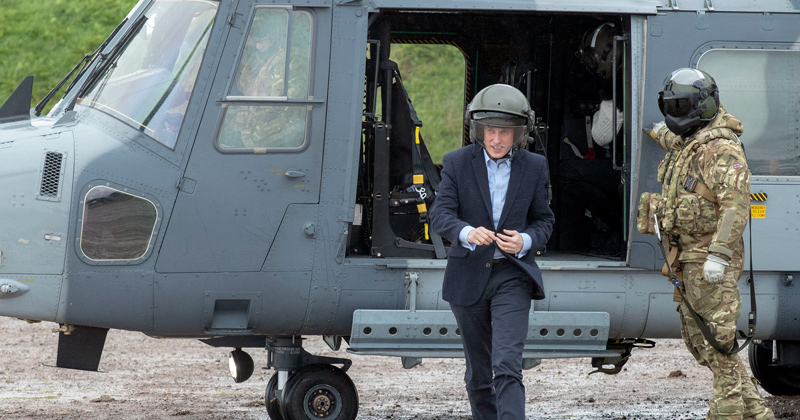 New £40,000 Troops to Teachers bursaries were introduced last September to encourage ex-service personnel into the classroom.

Announcing the move in March last year, former defence secretary Gavin Williamson (pictured), who has since become education secretary, said this would “motivate and inspire a generation of children in classrooms across the country”.

But figures obtained by Schools Week reveal just 22 ex-service personnel took up the undergraduate bursaries last year – the first of the programme.

“It is pointless offering incentives to individuals to enter teaching without also addressing the issues that drive teachers from the profession, namely high-stakes accountability, excessive and unnecessary workload and insufficient school funding.”

Under the old scheme, veterans without degrees were paid a salary for two years of school-based teacher training in Brighton, leading to qualified teacher status.

The new initiative hands veterans cash to study in a “priority” subject, and also opens up access by allowing enrolment at initial teacher training providers across the country.

But our statistics, obtained under the Freedom of Information Act, show not a single trainee enlisted for chemistry, computing or modern foreign languages.

In the other subjects in which bursaries were available, just four started training in physics, with nine in both maths and biology.

The Department for Education said the figures for bursary take-up this year were not yet available.

The old Troops to Teachers programme was introduced in 2012 and expected to recruit hundreds of veterans into classrooms.

However the programme, which had a £10.7 million budget, had recruited just 363 trainees when it ended in summer 2018 – with at least 65 quitting the scheme before qualifying.

That averages out at over 60 starts a year – almost three times more than the number who took up the new bursary last year.

Geoff Barton, general secretary of the Association of School and College Leaders, said the sector needs a “coherent strategy which works on a large scale, rather than piecemeal announcements which, with the best will in the world, are unlikely to make a huge difference to numbers.”

He added the recruitment and retention crisis will not be addressed until the government deals with workload, accountability, career development and pay in schools.

The bursary is available for undergraduates who have left full-time employment in the British Army, Royal Air Force or Royal Navy in the last five years studying the government’s priority subjects.

The £40,000 bursary is paid over the final two of years of the course, with £20,000 payable in each year. However, the government has admitted it cannot get the money back if trainees do not go on to teach.

A spokesperson for the DfE said the original programme and the new bursary are part of its commitment to the armed forces covenant.

“These programmes have been less about increasing the number of teachers and more about providing opportunities and removing barriers for veterans interested in teaching.”