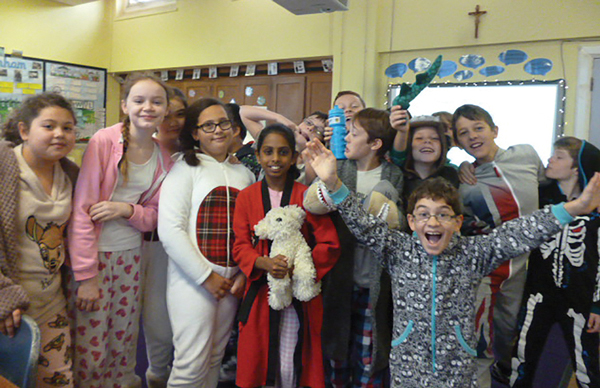 Pupils at a primary school in Cheltenham swapped their uniforms for pyjamas to raise £356 to help to fight Ebola.

The students at St Gregory’s Primary School wore their pyjamas for a day of lessons about the deadly disease.

The money will go to Don Bosco Missions, which supports medical teams in western Africa.

Headteacher Charlotte Blanch said: “The children had great fun but we felt it important that in having lots of fun we also educated them on the real issue of Ebola and why it’s been hitting the news.

“We showed them clips from the CAFOD (official aid agency of the Catholic Church in England) and Newsround site . . . and we explained about the way that schools in the entire diocese of Clifton were raising money for the same charity so that together we made a huge difference.”

The children gave the money to Don Bosco last Friday when they attended a service at Clifton Cathedral with other Clifton diocese schools.