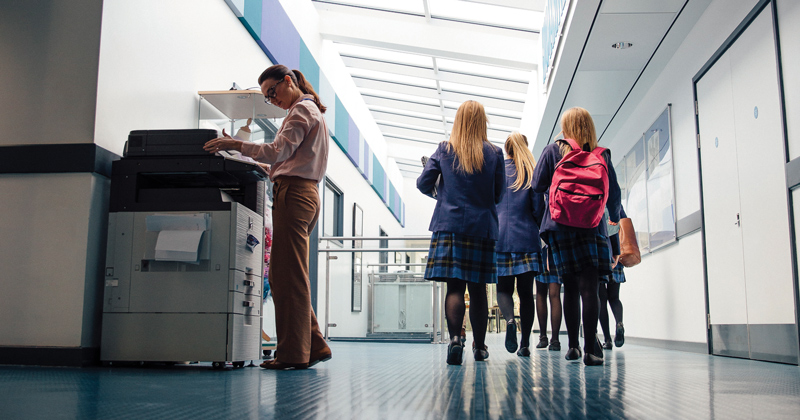 In some schools, 10 per cent of pupils leave before their GCSEs. Headteachers blame transient populations; academy critics say it is to boost exam results. Schools Week looks at the figures

More than one in ten pupils are leaving some maintained schools during their final GCSE year, calling into question claims that academies are the worst offenders for off-rolling pupils and leading advocates to suggest all schools must be held accountable for pupils who leave.

New analysis using figures from Education Datalab’s Who’s Left report into missing pupils, shows that 10 per cent of pupils disappeared in year 11 in some London secondaries.

Across the country, that figure dropped to 5 per cent or more in 87 secondary schools, although some areas featured more prominently.

One local authority-controlled school, Deptford Green in Lewisham, lost 13 per cent, placing it second in the country for the highest proportion of pupils who moved to other schools during year 11 in 2014-15.

The councils said this was due to “transient populations” and “above-average pupil mobility” in their areas – but most other London councils did not have any maintained schools with such a high percentage of pupils leaving before GCSEs.

The analysis follows previous investigations that suggested pupils are being “managed out” of schools to boost league table results, with some turning up in poorer-performing schools where their grades can suffer.

Ofsted has now issued guidance to inspectors asking them to pay attention to data on off-rolled pupils and to crack down on any unusual patterns.

Philip Nye, a researcher at Education Datalab, which has extensively studied this issue, said that leaving mainstream schools could have a damaging effect on pupils’ key stage 4 performance and later life chances, and that it “was not an issue that is unique to academies”.

He used a blog to call for schools to be held accountable for “all pupils who spend time with them”, and for a school’s GCSE results to be reweighted to include any grades obtained in other schools by pupils who have left.

This form of accountability was first mentioned in a government white paper in 2010, and again in the Taylor review of 2012, but has never been implemented.

It was also included in last year’s white paper – Education Excellence Everywhere – although the status of this report is now in flux after the change in government leadership.

Mark Phillips, Deptford Green’s recently appointed headteacher, said the high year 11 leaving rate was a “positive” decision made by the previous head seconded to the school after it had been placed in special measures.

He said some year 11 pupils were moved to alternative provision following a “traumatic period” and that the change was aimed at stabilising the school and meeting the needs of all pupils.

The progress of the pupils who moved was also closely monitored, he said.

Unions defended a school’s right to move pupils if all other options had been exhausted.

Malcolm Trobe, interim general secretary for the Association of School and College Leaders, said pupils who disrupted the education of others might be “better off in a different setting”, with that decision “particularly critical in year 11 when pupils are preparing for examinations”.

A spokesperson for Islington council said it scrutinised pupil departures closely, “mindful of the effect this can have on future life chances”.

Any allegation schools were removing pupils to improve GCSE results would be “robustly investigated”, said the spokesperson, adding that the council currently held no such evidence.

An analysis by Schools Week found that of the 87 schools across the country that lost 5 per cent or more pupils during year 11, 32 per cent were local authority-run, and 55 per cent were academies. (Others were foundation schools or similar.)

Janet Downs, founder of the Local Schools Network that campaigns for council-run schools, said it was “unlikely local authorities would ignore” their statutory duty to keep children in education.

“Scrutiny from Ofsted should also deter any school who indulges in dubious practices to boost exam results.”