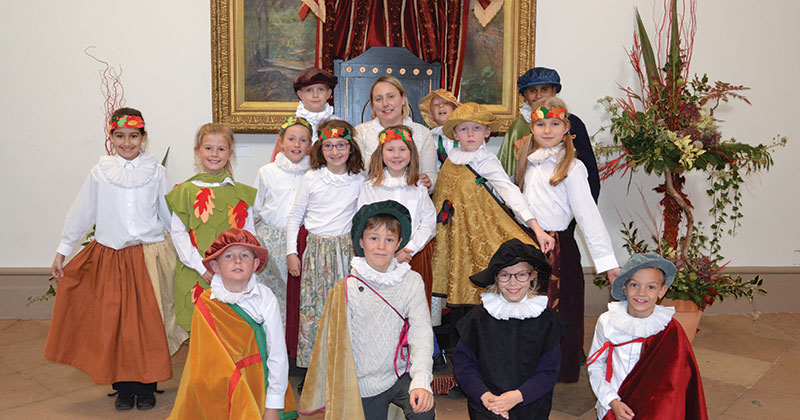 A group of year 4 pupils in Nottingham had a taste of what Christmas might have been like 500 years ago when they made a school trip to nearby Wollaton Hall.

Pupils at The Elms junior school dressed in traditional Tudor costume and celebrated a historically accurate Christmas – albeit an early one – at the stately home, which dates back to 1580.

They acted out a traditional Mummers play, learnt a Tudor-style dance, ate a period banquet in the Great Hall, and made pomanders – scented oranges studded with cloves that acted as potpourri in the Middle Ages through to the 1700s.

The trip tied in with the children’s study of Tudors as their history topic, and brought some of what they had learned to life.

Teacher Lucy Davies said: “The children had learnt about Tudor food before we went, and are now learning about Elizabeth I and the Spanish Armada.

“We have used Wollaton Hall and its grounds for inspiration for our English work.

“The setting was perfect and it was wonderful to use the magnificent Great Hall.

“We all left having learned lots but also feeling very Christmassy!”

Featured picture: The pupils in costume at Wollaton Hall