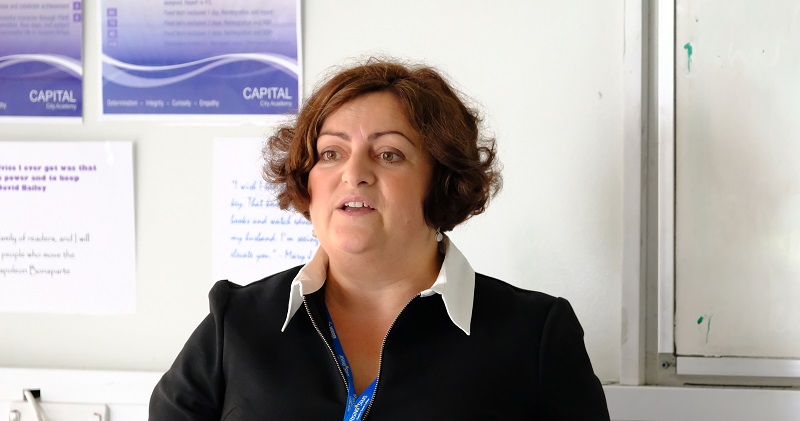 The government is facing calls to release details of the panel that approved plans for schools to gather data on pupils’ nationalities and countries of birth.

Controversial changes to the national pupil database (NPD), which came into effect on September 1, require schools to get extra data in the annual school census.

The information is fed into the NPD, which now holds information on almost 20 million pupils and is accessible to businesses and researchers by request, though there are strict conditions on what is released to preserve anonymity.

The Department for Education (DfE) has come under fire for insisting it will not release the minutes of meetings held by the Star Chamber Scrutiny Board (SCSB) about the change, and for allegedly rushing it through parliament without sufficient oversight.

Jen Persson (pictured), the co-ordinator of the defenddigitalme campaign, told the researchED conference that giving out the data to commercial companies “without consent” from pupils – whose data will be kept on file throughout their life – was “basically untenable”.

Speaking to Schools Week after the event, Persson said it was “concerning” that the law was passed without any debate in the Commons and a notice was only placed in the Lords after the summer recess began.

She said: “It’s not conducive to openness and public or professional trust when the decision about the census expansion was made in a little-heard-of DfE board meeting, the minutes of which they’ve refused to publish, and then snuck through parliament in under six weeks without a word of debate.

“There is no such thing as routine when collecting children’s personal confidential data in a national database from which data will never be deleted, and parents and pupils are denied access to their own record to see if it is accurate.”

Persson has written to the House of Lords secondary legislation scrutiny committee to outline her concerns, but in its response to peers, seen by Schools Week, the department defended its actions, claiming the minutes of the SCSB were exempt from publication under the Freedom of Information act.

The department also said there was a “dearth of information held” to understand how effective the education sector was for “foreign nationals”. The extra data collected in the NPD would “help to bridge that gap”.

A spokesperson said: “We will collect data on pupils’ country of birth, nationality and level of English proficiency through the school census in line with the national population census, to ensure all children receive the best possible education.

“This information will be used to help us better understand how children with, for example, English as an additional language, perform in terms of their broader education and to assess and monitor the scale and impact immigration may be having on the schools sector.”