The proportion of schools open more widely to pupils in selected year groups has begun to fall as the end of term nears.

New attendance data published by the Department for Education estimates that around 91 per cent of schools and colleges were open in some capacity on July 9, down from 93 per cent on July 2.

However, the DfE said its figures included independent schools and further education colleges, “many of which have now closed for the summer holidays”. 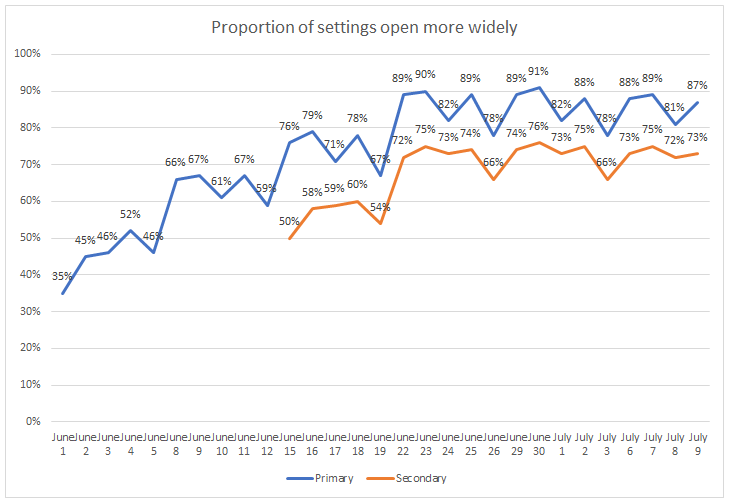 In schools that were open, attendance levels continued to rise in most year groups.

And attendance in open settings among year 12 pupils rose from 14.7 per cent to 15.7 per cent between July 2 and July 9.

But year 10 attendance in open settings actually fell, from 16.3 per cent to 15.8 per cent over the same period. 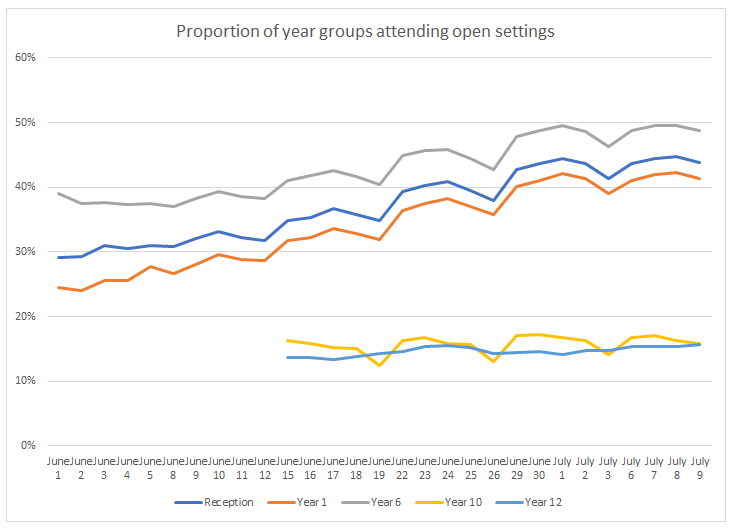 However, these figures represent open schools only.

Overall, the government estimates that 16.9 per cent of pupils, or just over 1.6 million, were attending schools and colleges as of last Thursday, roughly the same proportion as on July 2.

The number of school staff in attendance has continued to rise.