I pass through the glass doors of a tall building in deepest East London and a beaming Andy Buck springs out of a chair.

“Hello!” he cries. “I got here early on my motorbike.”

Like his choice of transport – in reality a moped – I soon learn Buck’s main concern is not certainty, but to find speedy, nifty and effective routes to great outcomes (without sweating the small stuff that’s out of your control).

Buck, a leadership expert, calls this living by the “Pareto principle” – the idea that 80 per cent of outcomes, in business or otherwise, are the result of 20 per cent of causes.

Buck puts it this way: “Does it make sense to do one thing perfectly and get 100 per cent of results, or do many things pretty well and get good results across the board?”

He later adds: “I’m good at multiplying time. Taking shortcuts.” It’s an idea from Rory Vaden, the US productivity expert. “What multipliers do is give themselves emotional permission to invest in things now that save time in future.

“Too often in teaching it’s easy to fall into the trap of thinking, ‘it’s quicker if I do this now myself’.”

He pauses and admits: “I’ll be honest with you, I didn’t always follow the marking scheme at my school.”

The approach has enabled Buck not just to survive the grinding realities of teaching, but to flourish.

His CV speaks for itself: a headteacher a 32, national leader of education, a director of the National College for School Leadership, leader of the teaching schools programme, managing director at a major academy trust and now founding director of his own leadership company.

Martyr-like, he is not. One of the most influential teachers of his generation, he is. So what’s his secret?

“I’m quite sanguine. I’m not a Teach First, change-the-world type. There are things you can control, and things that you say, ‘I can’t do much about that’.”

He credits his pragmatic approach to attending six primary schools in six years across Edinburgh, Chichester and Surrey, a result of his parents’ split. “Divorce made me tough.”

He also has a supportive mum, who speaks frankly to him when he faces difficulties, and twin sisters “to practise teaching on”. 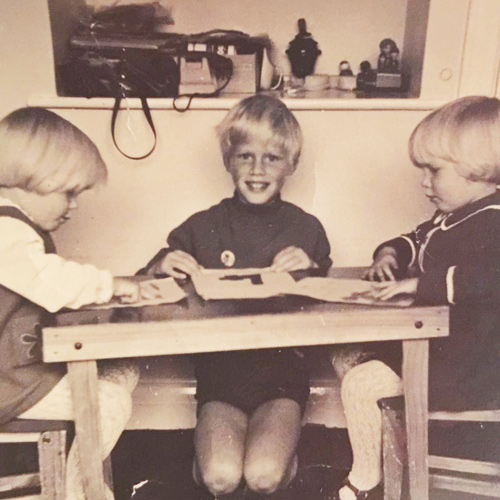 Being a leadership expert, Buck brings the talk around to his favourite subject. “I hate waste. I’m always trying to improve on something. Sometimes I worry I’m lazy, like I’m looking for an easier life. But actually it’s about making the job doable.

“The job of leaders is to make teachers feel they have a manageable job they can enjoy.”

Buck had only been a deputy for two years when he became a headteacher in Barking, Essex. But his leadership training was not exemplary. “My mentor was a lovely, lovely man who I went to the pub with every half-term. That was it.”

Buck was there for five years and took the school to ‘good’. But he quickly points out that his lack of a succession plan was one reason the school fell back into special measures 18 months after he left.

My mentor took me to the pub every half-term. That’s all

Committed to the need for better coaching, he took a headship at the Jo Richardson community school in nearby Dagenham, helping to take it to ‘outstanding’. One of Buck’s proudest moments was when the school won Pearson’s school of the year in 2018, almost a decade after he had left.

Towards the end of his headship he also began running the London “good to great” programme, enabling heads to support other leaders – an area that was rapidly becoming his greatest interest.

In 2009 he was appointed a director at the now-defunct National College for School Leadership, leading on strategies for the London Challenge programme. He was invited to No 10 while at the college, but first visited in 2001 as a head for the launch of an education policy paper (his main memory of that visit was sitting opposite Tony Blair and realising that “prime ministers wear make-up” for public appearances).

That led – one year later – to Buck’s first “pretty scary” role, setting up teaching schools across the country for the NCSL.

“We’d tried and failed as a country to move excellence around the system, because we kept saying to schools ‘copy this’. It needed to be about a school leading a community of schools.”

His approach was paying off and he was now being noticed in some high circles. He leans in and tells me something “not many people know”. 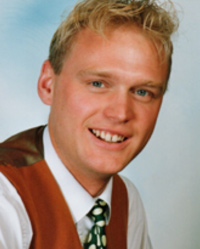 He was headhunted to apply for the top job at the new Teaching Agency, which eventually merged with the NSCL in 2013. “I ended up as the preferred candidate, which was very exciting and a bit scary at the same time. But you have to have sign-off from the secretary of state, who was Michael Gove. His last question in the interview was brilliant: ‘Of all the things I’ve done since I was secretary of state, what’s been my biggest mistake?’”

Buck told Gove he hadn’t properly thought about how the department would manage its academies. It was obviously also on Gove’s mind as the appointments of regional schools commissioners were announced soon after.

“Michael then stood up and shook my hand – you know how polite he is – and his private office said he’d be in touch that evening. But I didn’t hear from them or the next day, which seemed a bit rude.”

Buck suspected, and heard rumours, that Gove already had a preferred list of candidates for the TA role and he wasn’t one of them, but that he might now land the role. “I sent an email at 5am pulling out. I’ve never taken a job where the people that employed me weren’t sure if they wanted me.”

It’s one of the best decisions he made, he says.

So Buck may throw caution to the wind – but he knows his limits, too. Only once did he not listen to his instincts.

Jon Coles, a former DfE civil servant under Gove and by then chief executive of United Learning, persuaded Buck to join him as managing director of the trust. He stayed less than three years. “When I was first approached, I thought this isn’t really the right fit for me. But then I got approached again, and because I was feeling really frustrated with being a civil servant, I took it.

“I probably should have trusted my original instinct. I was so far from being a developer of relationships. I’ll be honest, I became quite unhappy. It was nothing to do with United Learning. I left.”

Buck is now happily freelance, publishing his book Leadership Matters in 2016. It showcases his belief in coaching and, with its accompanying resources, the value of “shortcuts” for great leaders.

Another success is his #honk campaign on Twitter, inspired by flying geese who honk encouragingly at the leader in front, which he tweets to celebrate great practice. It is the title of his upcoming second book, and a website too.

His new role has also brought him close to his heroes. He tells of waiting to go on stage at the Inspiring Leadership conference in 2016, and a voice saying: “Can I introduce you to William?” It was the former education secretary Estelle Morris, there with the former foreign secretary William Hague. “I went into crazy fan boy mode.”

Only one thing niggles Buck. He wishes he’d come out as gay to his pupils sooner. “There’s a sense of guilt I feel around the fact I wasn’t out to them. Those kids deserved to have the role model I could have been.” Those days are behind him now, and he smilingly asks me to include this personal fact about him if I can.

So, if you want to reach some of the most exciting roles in education, be a Buck: #honk the great bits, and don’t sweat the small stuff!