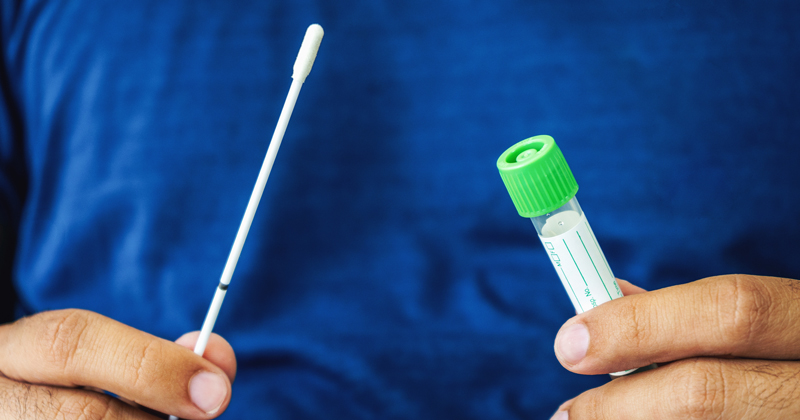 Headteachers are being urged to check the legality of Covid tests from private suppliers after new “rapid” antigen tests started being offered on the open market, with one school quoted £450 for a box of 20.

The Department of Health and Social Care said all tests bought from private companies must have a CE mark or “valid exemption” to be cleared for use in the UK, and said schools doing their own testing had a legal duty to report confirmed Covid-19 cases.

Why have companies got this availability when I’ve got members of staff waiting long periods of time for a test result?

It comes as rapid antigen tests, which provide a result within as little as 15 minutes, are becoming more widely available.

Andy Lewis, deputy headteacher at St Bonaventure’s School in London, was approached on Tuesday by a firm called NxtGen Office Supplies offering boxes of 20 antigen tests for £450 each.

The tests, which are described by the company as “CE marked” and “fully approved”, claim to have a 15-minute result time.

Lewis told Schools Week he’d been tempted, given the amount of time staff were spending at home waiting for a test.

“I can absolutely see why people would do it,” he said. “In the grand scheme of things £450 isn’t the end of the world, especially when we’re paying so much for so many supply teachers.

“Last year I think we had one or two supply teachers in in a whole year. Now we’ve got two or three in a day. Therefore it could be a sound investment. But then we’d be going into the realms of taking on a clinical role with this. An extra responsibility.”

The extra responsibility resting on schools that carry out their own tests includes notifying Public Health England about every positive case. According to DHSC, they had a duty to do so under the Health Protection (Notification) Regulations 2010.

Schools Week contacted NxtGen to ask for more information about the tests and how many schools had been approached and had taken up the offer, but a spokesperson declined to comment.

The news has prompted questions about why free antigen tests aren’t yet available to schools.

Settings have so far only been provided with a small number of home-testing kits for those who can’t get tests via another route. But these are not antigen tests and must be sent off by post.

Prime minister Boris Johnson told parliament earlier this week the government was “massively expanding testing for schools”, and Downing Street later said he was referring to the development of antigen tests. They would not provide a timescale for when such a scheme would be introduced, but a city-wide, mass-testing trial is due to start in Liverpool today.

A spokesperson for the NAHT school leadership union said state-funded schools “should not have to purchase additional tests from commercial organisations”.

“The government should ensure that there are enough tests supplied routinely, so that schools always have enough. We would hope that commercial companies don’t look at schools as an easy target for marketing expensive Covid solutions.”

Lewis also questioned why the rapid tests were already available on the open market before being provided to schools for free.

“Why have companies got this availability when I’ve got members of staff waiting long periods of time for a test result?” he said. “We’ve got staff who have been out for a week waiting for results.

“I’m worried it’s just going to increase the educational divide, between schools that potentially could afford to start buying these tests and those that can’t. It’s difficult to work out the right thing to do.”

It comes after over 2,000 pupils and staff at three schools in Lewisham, Poole and Salisbury took part in a pilot of lateral flow antigen tests, which provide a result in 20 to 30 minutes.

The trial, designed by Public Health England’s Porton Down research base and the University of Oxford, and carried out with the help of Army medics, took place between October 21 and 23, and the results are yet to be published.

According to the Army, the test sees a swab taken from the back of throat, which is then smeared on to a chemical test strip that indicates whether the person tested has Covid-19.

Sergeant Louise Arthur, a professional Army nurse from Colchester-based 16 Medical Regiment, said the test was a “really quick and simple process”, with those tested “in and out within two minutes”.