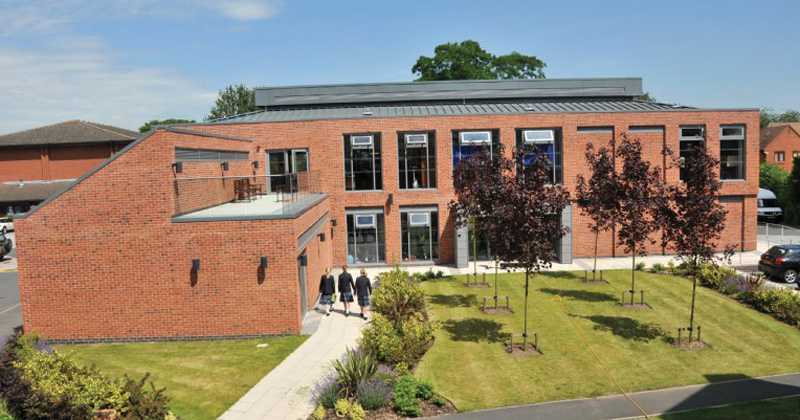 A private school in the West Midlands has taken the unusual step of rebranding as a “grammar school”, and will focus on training its primary pupils for the 11-plus test.

St Dominic’s Brewood, an all-through independent school in Staffordshire, has changed its name to St Dominic’s Grammar School and introduced the 11-plus for new pupils hoping to join in year seven.

The school educates girls from the age of two to 18 and boys aged two to 11, and leaders intend to use the change to “focus on the 11+ in the preparatory end”, and teach younger pupils to pass the controversial test.

According to headteacher Peter McNabb, a new “strict program of study” will enable children to “access surrounding grammar schools”, whether they are fee- or non-fee-paying.

The name change has been popular amongst parents. None have shown or expressed concerns

The school will also use a “rigorous mentoring system” for all GCSE and A-level students, to ensure they reach their potential, he said.

Although it is common for private schools that used to be selective state schools to continue to use the name “grammar school”, it is rarer for one that has not previously used the 11-plus to undertake such a rebranding.

McNabb said the change comes on the heels of the school’s three successive years at number one in Staffordshire for the EBacc GCSE, and insisted it has been welcomed by parents, in spite of the unpopularity of the government’s recently scrapped plans to open new grammar schools.

“The name change has been popular amongst parents. None have shown or expressed concerns,” McNabb told Schools Week.

St Dominic’s has recently undergone a change in ownership, after the charity that used to run it ceased trading earlier this year.

According to the Express & Star, the school is now run by St Philip’s Care Group, a firm co-owned by Gary Hartland, whose two daughters are pupils at St Dominic’s.

The school’s buildings were already owned by Hartland’s firm, which stepped in two years ago to fund a refurbishment of the school’s tennis courts, dining hall and ICT suites.