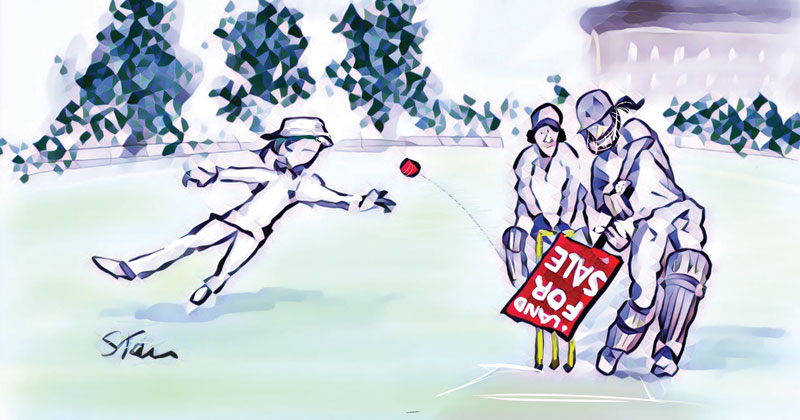 Schools are not using money raised from selling playing fields into new sports facilities despite promises to the contrary, a Schools Week investigation has revealed.

Schools and councils with surplus land, including disused playing fields, can seek government permission to sell it off but, in most cases, are obliged to use at least some of the proceeds to fund new outdoor education facilities.

In 2014-15, the Department for Education signed off on 23 so-called land disposals – giving rise to headlines that playing fields were being sold at a rate of one every fortnight.

But, of the 14 projects for which Schools Week received updates, we found seven had not yet gone ahead and one had been abandoned altogether, at a cost of hundreds of thousands of pounds.

Banbury Academy in Oxfordshire had hoped to sell part of its playing fields for housing, and the sale was expected to pay for new facilities including an artificial sports field, a climbing wall and a refurbished sports hall.

But the land did not attract bids high enough to make the sale worthwhile, even though the school’s sponsor, the Aspirations Academies Trust, spent around £400,000 on the project.

“Sadly when the sale came to market, the land did not attract bids of the level we had been led to believe it might, and the proceeds would not have covered the agreed investment in sports facilities that Sport England made a condition of sale,” Steve Kenning, AAT’s chief executive, told Schools Week.

“The sale understandably did not go ahead, though if land values do pick up significantly we may well revisit the idea in future years.”

According to documents seen by Schools Week, AAT has “no way to recover” the £400,000 it spent on “supporting the project”, nor various “unrelated costs allocated against the anticipated receipt”.

Of the remaining seven projects still in the pipeline, three have been delayed by planning issues.

At William Farr Church of England Comprehensive School in Lincolnshire, leaders are “awaiting further instructions” from council officials on plans to sell land around its sports field which will be used as a cycle path.

The school hopes the path will give pupils a safer cycle route to school, while proceeds are earmarked for better cricket facilities.

“Unfortunately the project has not started so far as there are additional plans to change some of the roadways around school, so we await further instructions from the local authority,” said Trevor Hughes, the school’s business manager.

Meanwhile, Epsom and Ewell High School in Surrey is “still in discussions” with the council over the sale of an underused playing field. This was supposed to fund three new all-weather pitches, two tennis courts and a new sports hall, but according to a spokesperson, “we have made no concrete progress to date”.

At Plume School in Essex, a playing field half a mile from the school site was to pay for a new multiuse games area and other sports facilities.

The land remains unsold, due to issues with the council’s “local development plan” – a document that governs housebuilding in the area.

Gillotts School in Oxfordshire and Kirkby Stephen Grammar School in Cumbria also face delays in their plans to sell land, and while leaders gave no explanation when contacted by Schools Week, in both cases they want to proceed with the sales.

Murton Nursery School in Durham, which closed in 2006, has still not had its playing fields sold by Durham County Council.