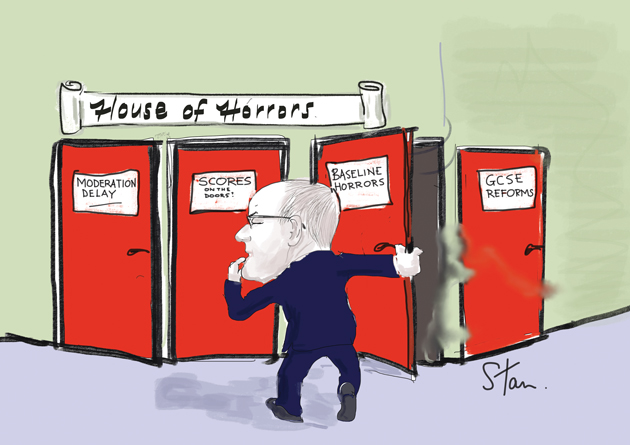 Council officers, who arrange moderation visits to schools, told Schools Week they were still unclear on the process for this year.

Schools minister Nick Gibb confirmed the U-turn over the date of submission of teacher assessment data for year 6 writing last Friday. The date was originally set for the end of May, but after talks with the National Association of Head Teachers (NAHT) about the timeframe, the schools minister pushed back the deadline by four weeks.

The Department for Education (DfE) confirmed it would help any local authority struggling with moderation due to the change in date.

Schools Week understands this date – June 30 – was emailed to local authorities by the Standards and Testing Agency.

However, as Schools Week was going to press, the requirements set out by the government still said the deadline was May 27 in its online documentation.

Local authorities have a statutory duty to moderate the assessments. They must look at work from at least 15 per cent of a chosen school’s cohort (at least five pupils).

One senior local authority officer told Schools Week: “While the extension [for submission] is welcome given the issues, it plays havoc with planning for moderation which is statutory.

“Plus we have contacted the STA for confirmation of the move of date as at moment it has not been confirmed by them.”

Ben Fuller, a moderator and lead assessment adviser at Herts for Learning, said it was not clear if moderation was now expected to happen before the assessment data was submitted, as in previous years, or after submission as per the current guidance.

He said: “If we’re still expected to moderate after the data submission, there would not be time to fit it in before the end of term.”

The DfE told Schools Week “there would not be enough time to moderate between the submission date and the end of term”, so this year the moderation would move back to a model the sector was “familiar” with.

Government guidance online still tells authorities they must notify schools of an external moderation visit only after the assessment submission date.

Mr Fuller raised further questions about the assessment and moderation process. He said if moderation was expected to take place before the data had been submitted, it was unclear what the “moderators would be moderating”.

Mr Fuller also questioned the impact on key stage 1. The date for year 3 teacher assessments in reading, writing and maths has been also been put back to the end of June, and the teacher-marked exams in these subjects are planned for May.

But with the extension of the deadline, Mr Fuller said it was unclear if there was flexibility over whether these tests could go into June. The DfE told Schools Weeks there will be no change in timing for the KS1 tests.