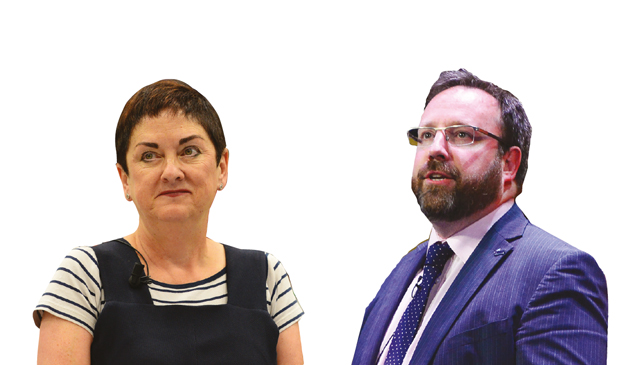 Nick Gibb has promised not to publish late teacher assessment materials in the future but has said he is unapologetic about primary assessment reforms, as teachers call on the government to make sure they are fully informed of any further changes before September.

The move follows a last-minute U-turn from the schools minister on the deadline for submitting data on teacher-assessed exams taken by year 6 primary pupils. The government is also set to send a letter to schools commissioners and Ofsted next month asking that they take into account the assessment changes.

Materials for year 6 writing papers – which are assessed by teachers – were not published until this month, and have been widely criticised by the profession. Teachers and unions said the content was not made clear in the national curriculum or this year’s interim teacher assessment frameworks.

Speaking to Schools Week, NAHT general secretary Russell Hobby said the decision by Mr Gibb was a “pretty minor concession” and called on the minister to re-evaluate further assessment changes.

He said: “The government has undermined the profession in its response by criticising them for misunderstanding rather than acknowledging they have played a part in the misunderstanding. This has been a defensive exercise and has put the blame on the wrong people.

“The government should take stock of the pace of reform ahead of the next academic year, as I think the system is overstretched and overstressed and cannot cope with the change.”

Clare Jones, headteacher at Bignold Primary School in Norwich, said she was happier now the date had been pushed back, but added: “The key elements are not going to change what we do with the children but it’s about being fair and not introducing these changes in an ad hoc way throughout the year.

“The government should be making sure these things are done and communicated early on, before September.

“We can then plan properly for our year, and redesign any timetables based on that information. It is all about timing and letting us know in time, rather than half way through the year.”

Last week, discussions took place between the unions as to whether this year’s SATs should be suspended. As Schools Week went to press, no further action had taken place.

Dr Mary Bousted, general secretary of the Association of Teachers and Lecturers, said: “The chaotic implementation this year has done the government no favours. This shouldn’t happen again.”

Schools now have until June 30 to submit data for teacher assessments in key stages 1 and 2.

Mr Gibb told Schools Week: “The changes we have made to primary assessment are vital to ensuring that young people master the basics of reading, writing and mathematics and we are unapologetic for raising the bar in terms of our expectations of schools and young people.

“Although schools were given over a year’s notice of the content and structure of the new KS1 and KS2 tests, we recognise that some teacher assessment materials came out later than usual. This will not happen in future years.”