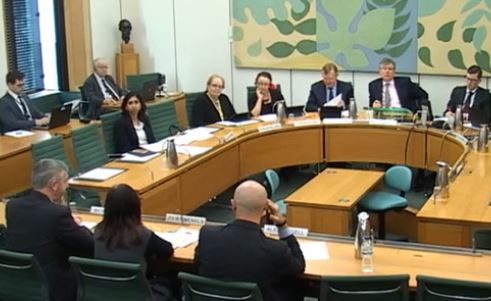 The implementation of primary assessment reforms has been “some of the worst ever seen” despite “strong competition” for the label, teachers and unions told the first education select committee consultation on the issue.

MPs today held the first hearing into primary test changes after teachers demanded an inquiry following numerous alterations, security breaches and even a national parent walk out on schools.

“More rigorous” tests for primary school pupils were rolled out in 2015 after the Department for Education (DfE) said in 2014 that “previous expectations for children were too low”.

These tests saw SATs levels scrapped and replaced by parents being able to see their child’s marks, scaled out of 100, so they could compare to the national average.

Originally, children who did not reach the expected level were told they would re-sit them at secondary school – but Justine Greening U-turned on this measure in October.

A spelling, punctuation and grammar test was also published accidentally online with answers in May this year, forcing the government to make the test non-compulsory.

Baseline tests in reception were also abandoned in April after ministers admitted that comparing the assessments – offered by different providers – would be “inappropriate” and “unfair to schools”.

Finally, thousands of parents removed their children from school in May at protest over the tests after 40,000 signed a petition against harder tests in a campaign called ‘Let our kids be kids’.

At the hearing today teachers told MPs they welcomed having two years to “bed in the changes” rather than having to implement them by next September, as was the original plan, but urged an overall rethink.

Here are 7 key things we learned:

Binks Neate-Evans echoed her words in the second session, saying that DfE communication of primary assessment changes was “diabolical”.

“If schools communicated like that they’d have RSCs breathing down their necks.”

Russel Hobby added later that given the speed of changes, headteachers should not be held immediately accountable and told they “might be sacked”– rather, pilots should test those changes first.

2. Primary assessment should be about learning – not accountability

We need to focus on the learning that goes on behind assessment, said Alex Gingell.

Michael Tidd said: “There’s very little about the end of key stage assessment that is about assessment for educational purposes.

“I don’t say there shouldn’t be accountability […] but that’s very different from the things that could and should be happening in classrooms.”

3. Other subjects suffering because of maths and reading focus

The curriculum had narrowed as a result of a relentless focus on maths and reading, said most speakers, in words that echoed Sean Harford, from Ofsted, this month.

Coe said that history and geography, which “used to be big subjects in primary school”, had also been sidelined.

4. Special needs pupils are suffering in the new writing assessment

Russell Hobby said the use of a “secure fit” system – meaning pupils have to meet all the criteria to be awarded a standard – was failing to recognise certain strengths in pupils, especially those who might be dyslexic or have other educational needs.

“You can be outstanding in your competition and creativity of the work, but if your spelling and handwriting are not effective, you are forever barred from [passing].”

The first session emphasised that the “pass-fail” model of the writing assessment was deeply demotivating for SEND pupils.

5. Teacher assessment is not working – sample assessment or comparative judgment would be better

Statutory accountability of assessment is “bonkers”, said Tidd who argued that he was now teaching “to that ticklist.”

Nickels added that teacher assessment was “you basically judging yourself” and lacked reliability.

Hobby suggested that sample assessment, in which data is sampled from the pupil population to track performance, would be better.

Whereas Tidd added he was “interested in the potential” of “comparative judgment” – in which schools focused on knowing who are the better writers or mathematicians and who are the weaker ones, and intervening, rather than “narrowing” teaching because of requirements to submit data.

Neate-Evans criticised a lack of contextual information when looking at attainment across different schools.

“If you’re using attainment, you’re judging a school’s intake. You’re not judging how effective that school is,” she said, pointing out that schools in “very very disadvantaged” areas might be doing a highly effective job.

7. The preference is to remove statutory teacher assessment at key stage 1 – and move it earlier

“I would abandon statutory teacher assessment at key stage 1 and move to a well-designed reception baseline to provide that,” Hobby told the committee.

“As long as the reception baseline was used as a measure for the challenge of the cohort the school faced, rather than an individual prediction of a pupil […]

“At the moment, taking that stark measure at key stage 1 is a bit of a perverse incentive, because we miss out on three years of a child’s education, and we impose a lot of workload.”