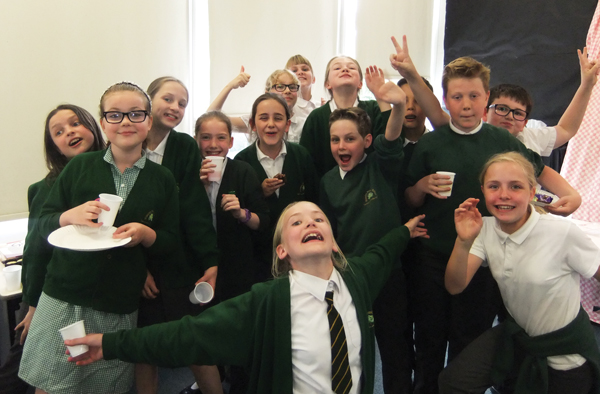 It was party time in many primary schools last week as year 6 pupils celebrated the end of their key stage 2 tests with music, karaoke and cake.

But the practice of rewarding 10 and 11-year-olds for completing their SATs has been criticised by some parents; not about the celebrations themselves, but the need to treat the end of the tests as a reason for a party.

Schools Week recently reported that the pressure of national tests meant some primary children were refusing food and a recent report by ChildLine, the online and telephone advice line for young people, said the charity was receiving record numbers of calls related to exam stress.

Searches of school websites revealed fun events in schools across the country for pupils in the days after their exams – from St John the Baptist Catholic School in Camborne, Cornwall, up to Cockfield Primary School in Bishop Auckland. But Drew Bell, a learning support assistant at Oldham Sixth Form College, became aware of the parties when he heard a 10-year-old girl tell Simon Mayo’s Radio 2 show that her parents were throwing her an end-of-SATs party.

“For me the troubling part is that the pupils at her school must have been under a lot of SATs pressure and stress if there becomes a need to celebrate when they’re over,” he said.

“I presume the stress will have reached the parents, so they feel they need to celebrate as well.”

Mr Bell is concerned that the celebrations are sign of young children under undue stress.

“Primary school children shouldn’t be feeling stressed by their education and certainly shouldn’t feel a need to party when one small aspect of their schooling ends.”

At Cockfield Primary School, year 6 teacher Sarah West said the festivities were good for the children as it was a final opportunity to be together before moving on to secondary school in September.

“The party is an incentive for the children. We have a breakfast club in the morning to get them together to relax before the tests.

“But really, these tests are the first in a long period of exams when they move on to their next school.”

At Stubbins Primary School, in Ramsbottom, Lancashire, pupils celebrated for an hour after the last test finished on Thursday. Children listened to music, performed karaoke and feasted on treats, before going on a day trip on Friday to a heritage railway ride.

“It is a nice way for them to relax as it is a very stressful week for them,” teacher Laura Taylor said. “We try to make it as relaxed as we can during the week.”

But Mr Bell is unconvinced: part of his current role involves working with young people taking their AS and A-levels. He said it was “frightening” that similar anxieties were being “pushed” on to younger children.

“Celebrating when something is over suggests that something was unpleasant, distressing or just incredibly hard work. I can say that I am glad my own daughter and son did not have such experiences in their early education.”

Jane Manzone, a year 6 teacher at St Michael’s in Camden, said: “The SATs are important for the school but I don’t want to give them that significance to the children – that all they are working for in year 6 is to do the SATs and to get better at reading and writing. It also might send the message that it is the end of their need to do school work.”

Her pupils, instead, continued with a writing and DT project.

Speaking exclusively to Schools Week on Monday, education secretary Nicky Morgan said that everyone had a role to play in ensuring children were not overly stressed.

“I think that a lot of this comes from the parents, and the schools and the language we use. When it is a test, it is a test, and not
an exam.”