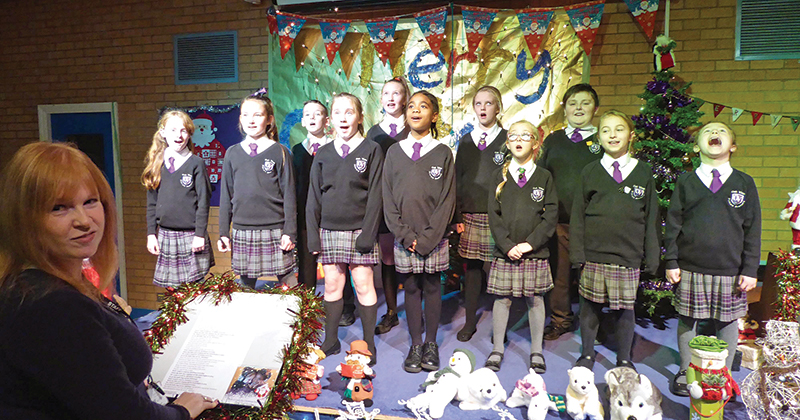 Children at Oak View academy in Cheshire have recorded a cover of I Wish It Could Be Christmas Everyday to help to fund a speech and language therapist at the school.

With numerous children starting at the school’s nursery well below the national average in communication, a school governor decided on the novel way of covering the cost of a therapist.

Kevin Hassett, who is also a volunteer at the charity, Speak First, has seen first-hand the benefits of having speech therapists in nurseries.

The school hopes the single will be able to raise the £100,000 needed to fund the new member of staff for a minimum of three years, and improve pupils’ communication skills as a result.

The track will be released today and will be available for download on Apple iTunes, Googleplay and Amazon.

Just two years ago, Oak View was ranked as the second worst school in the country, but according to government league tables, is now in the top 5 per cent for progress in reading.

Featured picture: Headteacher Fiona Rimmer conducts the choir as they sing for parents