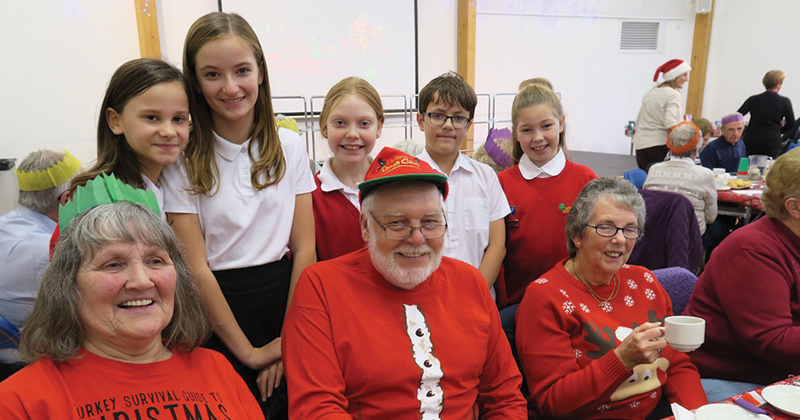 The pupils from Brookside academy in Street served tea to 100 guests during an afternoon of entertainment and socialising, with a buffet also on offer.

The event, funded by Street parish council, has become an important part of the social calendar for anyone aged 70 or over.

One local resident, now 80, has been attending since the event began ten years ago. “This is a good opportunity for residents of Street to get to know their parish councillors and catch up with friends,” she said.

Brookside academy business manager Sandra Bartlett said: “Our annual Christmas tea is an important part of the community calendar.  It brings together the generations and is a great chance for a catch-up.”

For those without transport, the school also arranges minibuses and car sharing.

Featured picture: Year 6 pupils with some of the senior citizens