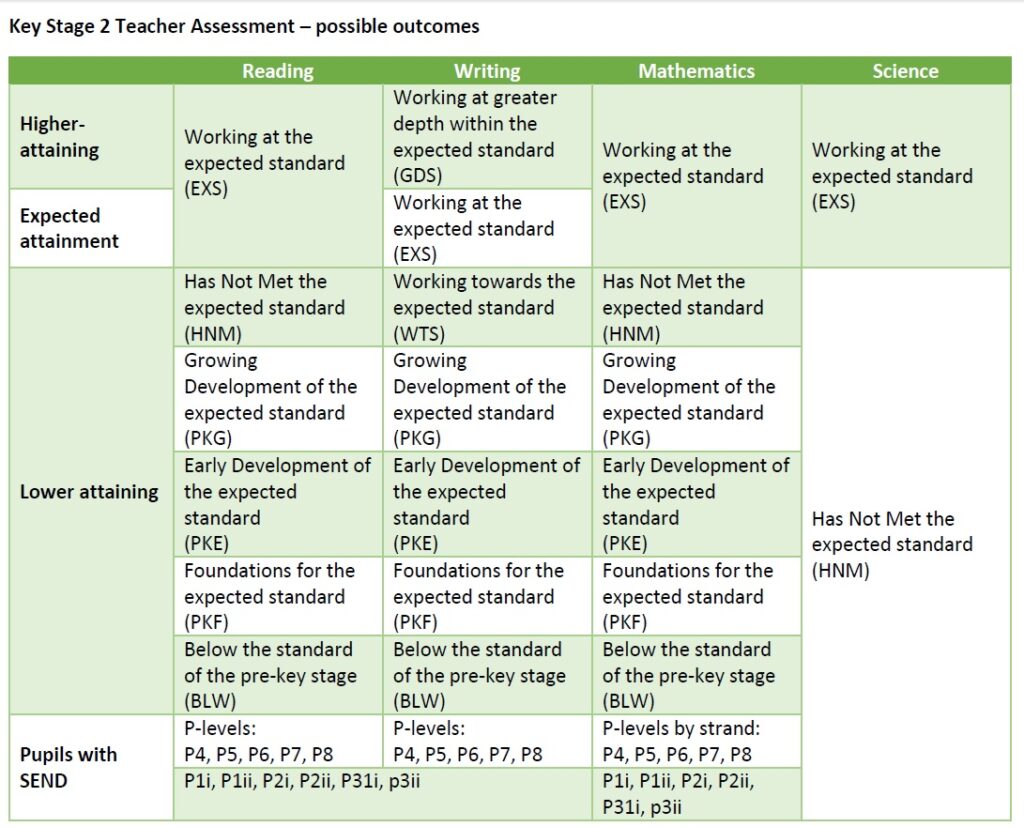 A primary school senior leader has put together a table highlighting the complicated system planned for assessing children whose ability is below national curriculum standard.

Michael Tidd, deputy headteacher of Edgewood Primary school in Nottinghamshire, used the Rochford Review, a document published at the beginning of December, to explain the assessment terms for those children.

Since the abolition of levels the assessment of children working below national curriculum standard is unclear.

Pupils will now be given a scaled score at the end of primary school, rather than a level. It is not yet clear at what number the scale will begin or end, only that the “expected” standard will be around 100.

The table is based on information published in an interim report by Diane Rochford, a headteacher commissioned by the government to consider the best assessment for children of low ability.

It shows how, according to Mr Tidd’s analysis, the highest ability pupils will be described as “working at a greater depth within the expected standard” in writing while there are a variety of statements describing the standards of lower ability pupils. Mr Tidd said: “Originally we were told that there were only single descriptors for reading and maths to reduce teacher workload.

“Now we’re in the strange position of having far more and a weird vacuum in the middle.

He added: “Having gone to some lengths to remove the old system of levels, I noticed today that the ‘foundation’ statements are identical at both key stages. As a result, the new descriptors clearly present a set of sequential descriptors through which pupils should move.”

Mr Tidd said the picture was “familiar” to the old levels system.

Julie McCulloch, a primary leadership specialist at the Association of School and College Leaders, said Mr Tidd’s table was very useful for teachers, but more clarity was needed to help teachers understand the future of the system.

She said: “What Michael has put together is extremely useful. The system is going to be extremely hard for teachers to navigate, and you have to remember that all of this is on an interim basis.”