Explanations for why pupils are moved into alternative provision are to be centrally collected for the first time under changes coming into effect next year.

The move will help government understand if alternative provision is used appropriately by mainstream schools.

From January 2018, councils will have to collect additional data about pupils in PRUs and other AP institutions, including information on the “primary reason” why each pupil was placed there.

Eight options will be available, including pregnancy or childcare, mental health needs, and permanent exclusion.

The changes follow a year of campaigning that suggested AP is used as a dumping ground for disruptive or low-attaining pupils by some mainstream schools. Prompted by Education Datalab’s ‘Who’s Left’ report, and continued through a number of exclusive Schools Week investigations, the government has said it wants a better grip on the issue.

The Department for Education will also ask for additional information on each pupil’s special educational needs, the date that they entered and left AP, and the frequency of their attendance.

The more data we can collect around learners coming into AP, the better

It said the changes will ensure it has “more accurate information” on the reasons why pupils move into alternative provision.

The move to collect more data has been welcomed by Seamus Oates, the chief executive of the TBAP multi-academy trust, which runs eight AP academies and has a teaching school.

“I think the more data we can collect around learners coming into AP, the better,” he told Schools Week. “Having data will allow us to track the reasons why pupils are coming into AP, and perhaps help us address those reasons through more early intervention.”

Schools Week has reported that the number of pupils attending PRUs has risen dramatically since 2013, and found multi-academy trusts specialising in AP are under increased pressure to expand to cope with demand.

We revealed just last month that that mainstream MATs are spending three times as much on private alternative provision than on council-run services, even though many of those private providers have never been checked by Ofsted.

Justine Greening, the education secretary, admitted in an interview with Schools Week last month that she was unhappy with the “varying outcomes” for pupils in AP, while the education select committee has embarked upon a quality review.

Research published earlier this month by the Institute for Public Policy Research think-tank found that excluded pupils are twice as likely to be taught by an unqualified or supply teacher.

The report found the proportion of unqualified teachers at alternative providers had risen by nearly four percentage points over the past four years – more than double the increase in other schools. The number of temporary staff has also doubled.

“It could shed light on whether AP is being appropriately commissioned by schools, and what new expertise is needed in the teaching profession to improve inclusion and effective commissioning.”

The changes to the AP census were made using a “statutory instrument”, secondary legislation that does not require a vote in parliament. It went before Parliament on July 31 and came into effect on September 1, leading to accusations that the government rushed it through to avoid debate.

It is not the first time the government has made changes to the data it collects from schools during the summer break.

Last year, legislation enacting a controversial proposal to collect data on pupils’ nationality and country of birth was rushed through the Lords in a similar fashion. 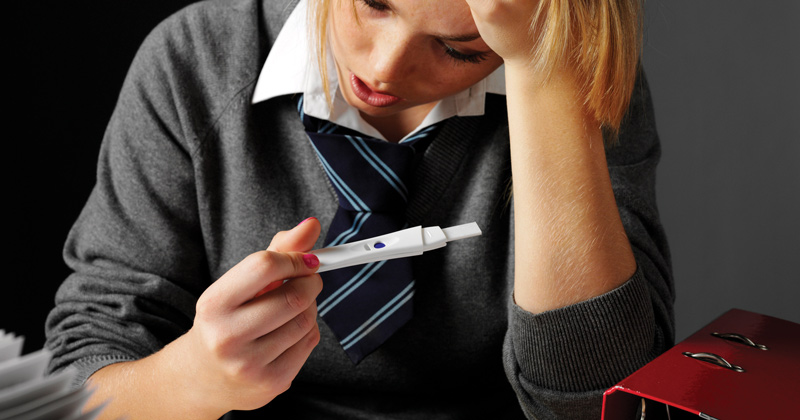 Pregnant pupils transferred from mainstream to alternative schools will now be included in new data collections by the government.

In May, an investigation by Schools Week revealed that many schools have been moving pregnant pupils into PRUs as a result of cuts to school-support services. At least three council services set up to support pupils and parents had been cut or were set to close.

From next September, however, councils will now have to tell the government why each pupil in is there, and “pregnancy or childcare” will be one of the eight reasons local authorities can give in their responses.

Alison Hadley, the director of Teenage Pregnancy Knowledge, said that central data on the number of pregnant pupils sent into AP would be useful, but must be matched with action to prevent them from being forced out of mainstream schools in the first place.

“I would be interested to know the government’s reasons for collecting the data, and what it plans to do if it shows there is a wider problem,” she said.

Freedom of Information responses from 62 councils revealed at least 89 pupils from 10 areas had accessed some kind of alternative provision outside their mainstream school when they became pregnant.

Children could be “labelled for life” by a new system collecting sensitive data about why they have been placed in alternative provision, data privacy campaigners fear.

Changes to the AP census (above) mean the government will hold more information relating to individual pupils outside mainstream education, including the reasons they arrived in alternative provision or pupil referral units in the first place.

Information on mental health problems, pregnancy, and whether or not a pupil has spent time at a young offenders’ institute will all be recorded and held in the national pupil database. Access to this can be requested by third parties, including researchers, private companies and journalists, though organisers claim requests are only accepted under strict conditions.

The changes have angered data privacy campaigners, who are already suspicious of the government’s handling of the national pupil database following the scandal over pupil nationality data last year.

The DfE admitted in December that it had originally intended to share the sensitive information with the Home Office for immigration control purposes, but had backed down in the face of a backlash from parents and schools.

The government has since updated its guidance for schools after the Information Commissioner’s Office ruled that it was not sufficiently clear about what data parents could refuse to provide or retract.

Now Defend Digital Me, one of the campaign groups at the forefront of the fight, wants to know how the government intends to tell schools and parents about its changes to the AP census.

“The DfE’s data handling is unsafe and shrouded in secrecy,” said Jen Persson, the group’s coordinator, who also warned that children are being “labelled for life, and data [is] never deleted”.

“Young offender labels, reasons for exclusions like violence and theft; we have serious concerns that teen pregnancy will be added to this and revealed to thousands of third parties without consent,” she said.

She wants an impact assessment to “assess fit and proper handling”, and is also demanding that people are told “how [the data] will be used and why”.

“These pupil data expansions continue, regularly, and collect increasingly sensitive data at national level for millions of children without any plans to tell schools exactly how the data will be used,” she said.

“It’s an outrageous privacy invasion at a time when new data protection law is in Parliament and supposed to be giving children’s personal data special protections, and privacy by design.”

When filling out the census, councils will have to select one of the following eight options for a pupil’s “primary reason for placement”