Two multimillion-pound government schemes aimed at widening access to the most prestigious drama, dance and music schools have been criticised for not reaching enough pupils from the poorest backgrounds.

However, data from a Freedom of Information request has revealed that almost half of the pupils receiving funding are not from families with the lowest incomes.

The funding for the two government-run programmes was due to finish in 2018, but it was announced in April that MDS would receive another £60 million and DaDa £27 million by 2020.

The schemes target the most talented pupils and help pay for tuition at private specialist arts schools, including the Royal Ballet School and the Birmingham Conservatoire. A spokesperson for the Department for Education said the government had invested nearly £174 million into the schemes “because a child’s background should be no barrier to pursuing a career in the performing arts”.

MDS provides grants and help with fees at private schools and centres for advanced training for musicians and dancers aged between eight and 19. Forty-eight per cent of those who have received funding since 2016 were from households with incomes of more than £30,000 (2,089 out of 4,361 recipients).

DaDa offers income assessed support for tuition fees and living costs for students aged between 16 and 23 at 17 private dance and drama schools. More than half of those who receiving funding in 2016-17 had household incomes of over £30,000 (212 out of 419).

The amount of financial help given to a pupil depends on their household income, with support ranging from full payment of all fees to small contributions. Under MDS, only families with an income of £190,000 or more do not qualify for any funding. For the DaDa scheme, only those with an income of over £90,000 are classed as “ineligible for support”.

Geoff Barton, general secretary of the school leaders’ union ASCL, said the figures demonstrate that the schemes are “not enough on their own” to widen opportunities in the arts. More school funding is needing to make sure that “the arts are accessible to every young person, whatever their background”. 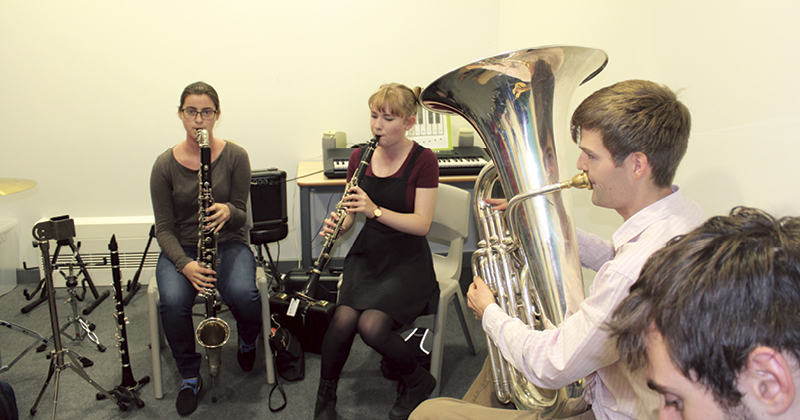 Funding cuts and an accountability regime focused on academic subjects has “increasingly marginalised” subjects like music, dance and drama, he warned.

“There is a danger that they will become the preserve of only those wealthy enough to afford private tuition unless the overall level of school funding is improved.”

Kevin Courtney, joint general secretary of the National Education Union, said the government “has its priorities badly wrong” and it would be “better and fairer” if access to drama, music and dance was “properly funded” at all schools.

“We know that the current real terms cuts to local authority and school budgets has resulted in arts subjects, including drama and music, being driven out of the curriculum,” he continued.

A spokesperson for the DfE said the schemes “help the most talented young actors, dancers and musicians attend specialist schools” and are worthy of investment “because a child’s background should be no barrier to pursuing a career in the performing arts”.