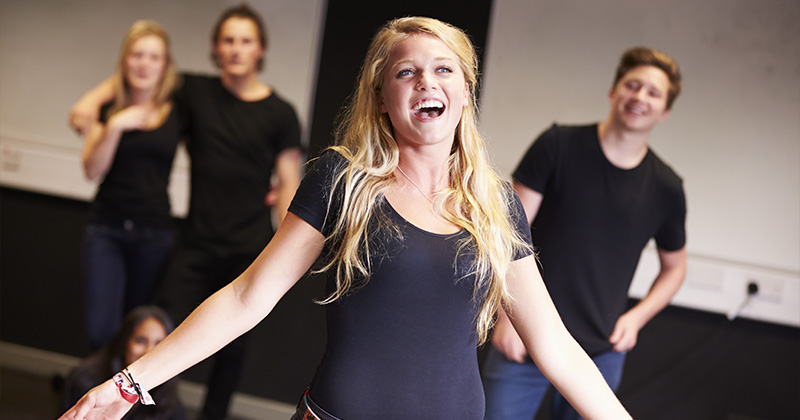 Funding to help the most talented pupils get a place at private music, dance and drama schools has been extended, but unions have warned the majority of children are missing out on the arts.

The funding for the two government-run programmes was due to finish in 2018, but today it has been announced that by 2020 MDS will receive another £60 million, and DaDa £27 million.

The announcement also includes £8 million for “cultural education programmes”, such as filmmaking at the British Film Institute or visits to Historic England sites, in keeping with the previous funding of £4.1 million a year until 2018.

Just £1 million will be shared between seven ‘In harmony’ orchestral training projects helping to provide music education for disadvantaged pupils around the country. This is the same as the previous level of funding of £500,000 a year until 2018.

The money is all understood to be coming from within existing DfE budgets.

Gibb said the UK has a “strong cultural heritage” and arts subjects are “an important part of our broad and balanced curriculum”.

“This funding will give more young people the opportunity to develop their talents and help world-famous institutions discover the next generation’s Billy Elliot,” he continued.

Richard Russell, the CEO of Arts Council England, said the additional funding would help ensure that “high-quality cultural education exists for a broad and diverse range of young people.”

But although union leaders welcomed the additional funding for the arts, they are worried the money will not reach the majority of pupils.

Paul Whiteman, the general secretary of NAHT, warned that “inadequate funding, combined with a high-stakes accountability regime, is actively narrowing the curriculum available to pupils in our schools”.

“It’s vitally important that all pupils get to take part in music and the arts throughout their time in school, otherwise many will never discover their talents,” he added. “All pupils deserve to benefit from the advantages studying creative arts subjects can give, not just the most talented few.”

Geoff Barton, the general secretary of ASCL, is “extremely concerned about the wider issue of government policies which marginalise the place of the arts in our schools”.

“A combination of chronic underfunding and school performance tables which are heavily focused on the English Baccalaureate subjects is driving the arts to the fringes of the curriculum and making them increasingly hard to sustain,” he added.

And Dr Mary Bousted, the joint general secretary of the NEU, called for more investment in arts subjects and teachers “for all pupils”.

“Additional money for arts subjects is, of course, always welcome and will offer excellent opportunities to those pupils who participate,” she said. “However, until children and young people can take part in creative subjects from the earliest ages these opportunities will be too little.”

The MDS provides grants and help with fees at private schools and centres for advanced training for musicians and dancers aged between eight and 19, including the Royal Ballet School and the Birmingham Conservatoire.

DaDa offers income assessed support for tuition fees and living costs for students aged between 16 and 23 at 17 private dance and drama schools. Recipients must already be studying a Trinity College London diploma.