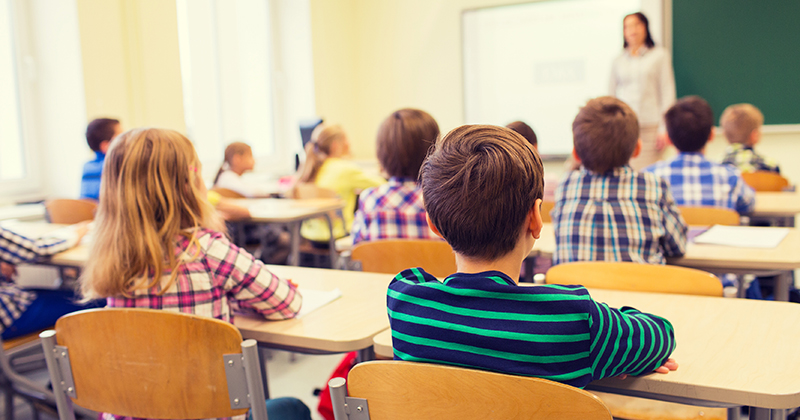 Poorer pupils with the same SATs score as their wealthier peers are much less likely to pass the 11-plus, according to new research by Education Datalab.

The study found that the Kent Test, the grammar school entrance exam in Kent, was a “loaded dice” against pupils on free school meals as they were not coached for the exam, unlike their better-off peers.

To make the tests fairer, poorer pupils should be given extra marks and headteacher panels, which reconsider the fate of pupils who fail the test, should be scrapped, the researchers conclude.

The findings come from a detailed look at 21,800 pupils who started secondary school in Kent in 2016. It found the 11-plus only weakly predicted scores on other tests and appeared to grant grammar school places “arbitrarily”.

Most significantly, free school meal (FSM) pupils who got the same SATs score as non-FSM pupils received an average 8.7 points lower on the 11-plus test – showing they struggled more with its style.

If selected purely on SATs scores, about 16 per cent of FSM pupils would get one of the 5,200 places available in grammar schools, the report found.

At present 12 per cent of poorer pupils get a place.

Poorer pupils should therefore be “awarded extra marks” on the 11-plus to account for the disparity between 11-plus and SATs’ marks, the authors said.

They said FSM pupils might struggle because they were “not prepared for the reasoning component” of the test.

The 11-plus in Kent tests aptitude rather than subject knowledge, and is centred around three papers on English, maths and reasoning. To gain a grammar place, pupils must score 106 or above on each paper, and get a score of 320 or above across all three papers.

Because primary state schools in the county are forbidden to prepare pupils for the 11-plus, the authors believe poorer pupils were unused to the reasoning paper – while pupils in private schools, or whose parents paid for coaches, were “familiar” with it.

Robert Coe, professor in education at Durham University, said the test should be “better aligned with the key stage 2 curriculum” so FSM pupils were not disadvantaged by the unfamiliar reasoning paper.

Datalab agrees, calling for all pupils to receive “10 hours of preparation” in reasoning to pull them up alongside their privately schooled peers.

Phillip Bosworth, treasurer for the National Grammar Schools Association, agreed state primary schools should be allowed to use practice papers to prepare pupils for the Kent Test.

The report also found the 11-plus only weakly predicted pupils’ later SATs scores. A different cohort would enter grammar schools if its “arbitrary” measures were slightly tweaked.

Researchers looked at what would happen if pupils got a grammar school place by achieving the overall pass mark of 320, without having to hit a pass mark in each paper; or if they could get in with just one “high performer” mark in one paper; or if they didn’t have to sit the English paper.

Under those choices, between 800 to 1,300 children who get in under the current system would not get places and an equivalent batch of children who currently don’t get in would replace them.

Dr Rebecca Allen, director of Education Datalab, said parents should know how much the current system in Kent “risks misclassifying their children”.

Finally, the report found that heads did not put enough FSM pupils in front of the panels that reconsider pupils who have failed the 11-plus. These panels were “expected” to counterbalance the test’s disadvantages, but did not manage to do so.

The report said the panels should be scrapped and the pass mark brought down.

Rebecca Hickman, vice chair of Comprehensive Future, a campaign group for non-selective education, said it was “highly ironic” that the 11-plus, which was meant to be fairer than a content-based exam, was proving to be less fair than SATs.

“The 11-plus likes to trumpet the fact that it isolates ability from social opportunity. Clearly it’s doing the opposite.”