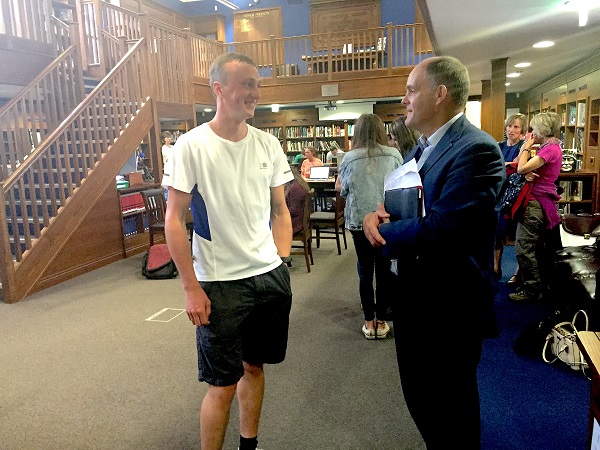 Trent College student Oscar Sinfield has achieved an A in chemistry and biology and a B in maths and is off to study veterinary science at Liverpool University despite fracturing his skull last September.

Oscar (pictured left) sustained the serious injury while playing rugby and was hospitalised for two months and then had to use a wheelchair, all with impaired memory.

After returning to school in early November, Oscar was committed to achieving his ambition of gaining a place at university.

Oscar said: “I was firstly slightly disappointed with my grades but the teachers told me to ring the universities. Liverpool picked up and I asked if AAB would be enough to get in next year and they said ‘actually we were going to phone you later, we would like to offer you a place this year’.

“I couldn’t walk properly until January and don’t remember anything until about the third week after I came back to school. That’s when I really started focusing on catching up. It made me work harder because I had to. I wasn’t expecting this though.”