Ofsted has launched the consultation on its eagerly-anticipated new inspection framework, proposing longer inspections for ‘good’-rated schools and a plan to send inspectors in to schools earlier for “collaborative” preparation time with leaders.

The draft new framework, which will be published online at 10.30am, will dictate how inspections of schools and other educational establishments are carried out from September 2019.

Alongside previously-announced plans to shake up inspection of the quality of education and management of behaviour in schools, Ofsted will enact proposals to spread “short” inspections of ‘good’-rated schools over two days instead of one, and introduce new on-site preparation sessions that could see inspectors arrive in schools just two-and-a-half-hours after leaders are first informed of their planned visits. 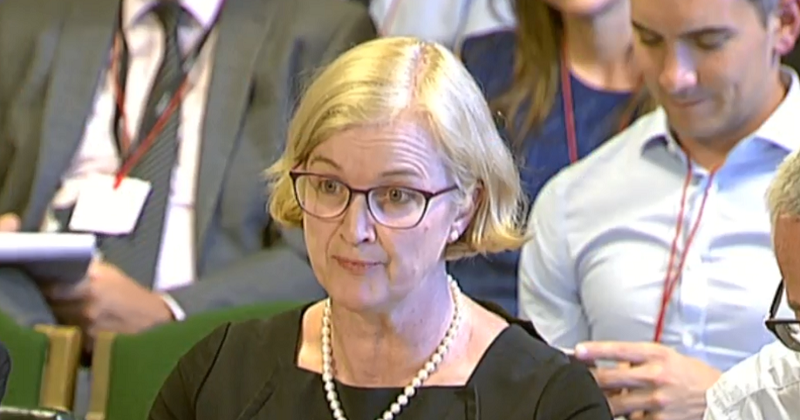 Once implemented, it will also see the watchdog take a more “holistic” and curriculum-focused approach to rating the quality of education in schools, while inspectors also seek to clamp down on “teaching to the test”, the narrowing of the curriculum and illegal off-rolling.

Details of the focus on curriculum also appear to include proposals to judge a school on how well it is preparing to meet the government’s “ambition” of 90 per cent of pupils taking GCSEs in EBacc subjects.

One union leader said the target was “misconceived” and “unachievable” – as there aren’t even enough modern foreign languages teachers in the system to cope.

The framework proposals are the culmination of two years’ work by chief inspector Amanda Spielman and her team.

“Two words sum up my ambition for the framework: substance and integrity,” Spielman will say in a speech today.

“The substance that has all children and young people exposed to the best that has been thought and said, achieve highly and set up to succeed.

“And the integrity that makes sure every child and young person is treated as an individual with potential to be unlocked, and staff as experts in their subject or field, not just as data gatherers and process managers. And above all that you are rewarded for doing the right thing.

“Ofsted is committed to making sure that any changes to the inspection framework and approach are fair, reliable and valid.”

A new quality of education judgement will look at how providers are “deciding what to teach and why, how well they are doing it and whether it is leading to strong outcomes for young people”, she will say.

“This will reward those who are ambitious and make sure that young people accumulate rich, well-connected knowledge and develop strong skills using this knowledge.

“This is all about raising true standards. Nothing is more pernicious to these than a culture of curriculum narrowing and teaching to the test.”

In doubling the amount of time inspectors spend in ‘good’ schools, Ofsted hopes to ensure the process of confirming that schools remain at that level is water-tight.

However, with no extra money from government going into the inspectorate to pay for the new framework, Ofsted’s most senior inspectors – Her Majesty’s Inspectors – will have to spend more time in the field.

“Currently they carry out a lot of what we call quality assurance work, the complaints work that we do in and around their inspection work,” said Sean Harford, Ofsted’s national director of education.

“By deploying that more smartly and thinking about how we do that quality assurance work, we can get the HMI specifically, and some [other inspectors], in front of the providers having the kind of conversations that we know providers actually value.”

Under new on-site inspector preparation proposals, lead inspectors will spend an afternoon at schools they are due to inspect the following day. Schools will be informed of their impending visit by no later than 10am on the day before the inspection, and the lead inspector will arrive no earlier than 12.30pm, staying until no later than 5pm. 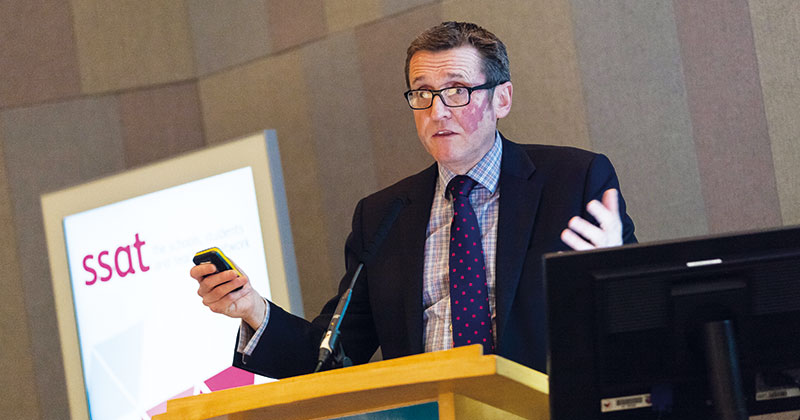 The change is likely to prompt concerns among schools that their inspections will in effect start earlier, but Matthew Purves, Ofsted’s deputy director for schools, insisted it would be “really clear” the afternoon “is about preparing with the school and giving the school a role in preparation rather than it being a phone call and sending a document”.

The time would be used to check documents and discuss things like the schedule of the inspection, activities that would normally eat into the beginning of an inspection.

He said schools involved in pilots of the proposal had been “really positive”.

“Unprompted, they have told us about things like being able to have dialogue with the inspector, being able to set things up, and the next morning being less of a cliff-edge and less of an unknown for them.”

Leaders will answer for off-rolling

As part of a beefed-up leadership and management judgment for schools, headteachers will be judged on excessive off-rolling of pupils – an illegal process by which pupils are removed from the school’s roll without a formal exclusion.

Further questions will be asked by inspectors around off-rolling if data shows schools have high levels of pupil movement.

“This is about substance, but it’s also about integrity,” Harford said. “The way that schools get those results is really key, and just offloading children who aren’t fitting their mould is not right.”

However, schools that legitimately use exclusions have nothing to fear, he said.

“I want to make a really clear distinction here. Off-rolling is very different to exclusion done in the proper way. We absolutely support those schools that exclude children for the right reasons and are justified in doing so. Off-rolling is something different. It’s getting rid of people just because they aren’t going to get the right scores.”

Education secretary Damian Hinds said: “Since I took this post a year ago I’ve made cutting down unnecessary and bureaucratic workload my top priority. Accountability is vital.

“But we know that perceptions of what Ofsted wants have unintentionally contributed to unnecessary workload – so the fact that this framework addresses this is a hugely positive step forward for all our schools.”

He added the department is “fully united” with Ofsted in the drive to ensure pupils have an “ambitious, broad and balanced curriculum”.

“This framework reflects that approach and our continuing activity around exclusions and ‘off-rolling’.”