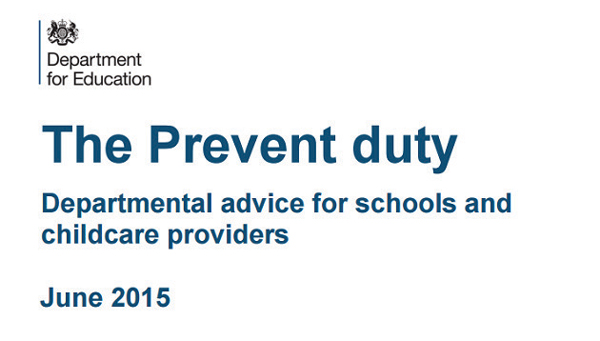 Ofsted has started talks with teacher trainers to incorporate anti-radicalisation training into their courses amid concerns that teachers are underprepared to deal with pupils showing a vulnerability to terrorism.

Geraint Evans, a lead HMI and national lead for extremism at Ofsted, has met with initial teacher training (ITT) providers in eight regions about incorporating training on the government’s Prevent programme, which aims to stop youngsters being drawn into extremism.

Teachers now have a legal duty to “take steps to prevent people from being drawn into terrorism”. The talks follow a rise in extremism referrals from schools and increasing fears that teachers do not understand their role in the anti-radicalisation scheme.

Mr Evans, speaking at a training event for school leaders in Slough on Monday, said: “We must get [Prevent training] in – we already do safeguarding training.

“I felt I was pushing at an open door [during the talks]. They [training providers] thought it was a good idea. But they said where is the training going to come from?”

Schools Week approached Mr Evans after his speech to ask further questions, but was told to request an interview through the Ofsted press office.

Our subsequent request was declined, but a spokesperson said talks were “ongoing”.

A statement added: “We have been talking to initial teacher education providers across England about the importance of the Prevent anti-radicalisation programme in teacher training. This was followed up with queries about who was best placed to provide this training.”

Martin Thompson, executive director of The National Association of School Based Teacher Trainers, said teachers currently learnt their Prevent responsibilities on
the job.

“We would welcome any clarification about what needs to be done on this issue.”

Last week, radicalisation experts told Schools Week that they believed “knee-jerk” reactions were behind a rise in extremism referrals from schools, which soared from 20 to 424 in three years.

But Mr Evans said: “WRAP training is quite specific. There still needs to be another level of training. It doesn’t tell school leaders very much about their responsibilities in the new duties.”

He suggested schools set up an internal set of thresholds for when intervention and referrals were required and created case studies to guide teachers.

He mentioned several referrals that have gained national media coverage – including a case where a pupil was apparently questioned for using the term “eco-terrorist”.

Mr Evans said if there were concerns, teachers should first talk to colleagues about referrals so they were not “bothering police and bringing Channel [the referral system] into disrepute.

“There needs to be a clear understanding that you can’t refer a single minor suspicion without undertaking some internal review.”

He added the education watchdog was concerned by the myth that the Prevent agenda “shuts down discussion”.

“If I was to hear about a school shutting down debate because of fears about referral, that would be of great concern to me.

“Let me make it absolutely clear the expectation from Ofsted – good practice is where schools and college look for opportunities for young people to have discussions about controversial issues.”

He said less formal curriculum settings, such as debating societies, provided the perfect opportunity for such discussion.