Inspectors will now interrogate schools that fail to provide a log of sex abuse cases and speak to pupils about such issues after Ofsted admitted its inspections do not yet ‘sufficiently assess’ the extent of sexual harassment in schools.

The changes follow Ofsted’s rapid review into sexual abuse within education settings which found a number of areas where both the watchdog and the Independent Schools Inspectorate (ISI) could “sharpen their practice”. 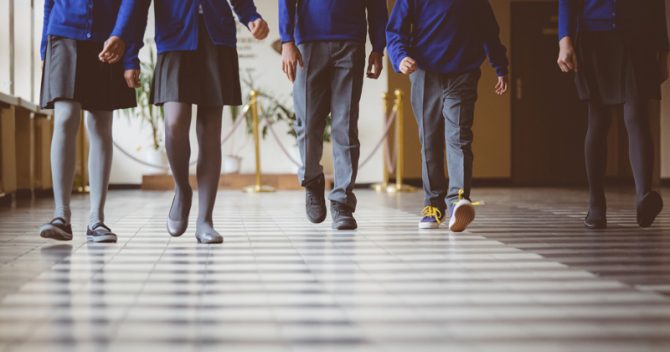 As part of the review inspectors visited 32 schools and colleges and spoke with over 900 children and young people.

They found that talking to single-sex groups of pupils was an “effective way to gather evidence about sexual harassment and violence”.

As a result, both Ofsted and ISI will “make it explicit” to inspectors they should do this during future inspections wherever possible.

“This will help inspectors to understand how a school’s or college’s approach to tackling sexual harassment and sexual violence, including online, is working”, the review added.

In addition, from September onwards, the two inspectorates will “produce and jointly deliver further training on inspecting safeguarding in education settings, including looking at issues of peer-on-peer sexual abuse”.

Since Ofsted’s education inspection framework (EIF) was introduced in September 2019, schools have been required to present records and analysis of sexual violence and sexual harassment by 8am on the first day of the inspection.

ISI will now also specifically request this information on notification of inspection, as a result of the review.

Ofsted reviewed 93 inspections which had occurred under the EIF and found it “surprising” that just 6 per cent of schools provided evidence.

In contrast, 46 per cent of schools provided a nil return, while the remaining 48 per cent did not respond.

In most inspections where no information was provided inspectors “did not record how they followed up with leaders to determine whether a nil return was an accurate picture”.

The review states: “As a result, we cannot yet say that EIF inspections are sufficiently assessing the extent and nature of sexual harassment and sexual violence, including online, between peers in schools”.

Ofsted will now mandate that inspectors follow up and record schools’ responses to the request.

Chief inspector Amanda Spielman said she expects this will “make sure inspectors push harder when schools offer a nil return”.

However she clarified schools that produced nil result responses would not necessarily be marked down as it “isn’t evidence of school failure not to have surfaced individual incidents”.

Spielman added: “What’s important is we ensure we have a thorough and testing conversation that helps us understand whether schools are doing everything that they should.”