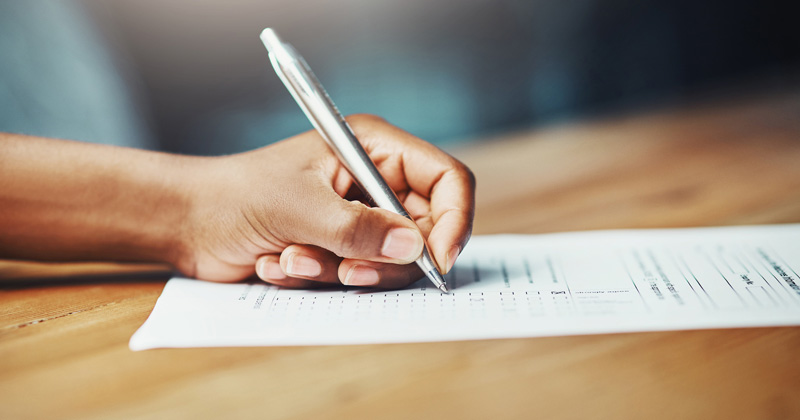 Ofqual has dropped a proposed requirement for heads to declare that GCSE and A-level students have been taught enough to allow them to progress to the next stage in their education when submitting grades this year.

In its response to the assessments consultation last month, Ofqual said heads would have to sign a declaration stating, among other things, that students had “completed sufficient content” to enable them to progress when submitting teacher assessment grades.

Simon Lebus, the regulator’s interim chief, said in a blog post to students at the time that Ofqual was asking heads to “confirm that you have been taught enough content so that you can progress to the next stage of your education”.

But the paragraph has not been included in the final declaration provided by exam boards today, after it was shelved by Ofqual following a technical consultation in its plans.

Instead, the declaration will state that students have been “taught sufficient content to provide the basis for a grade”.

The regulator said there were “concerns” that the original wording around sufficient content for progression was “not easy to define” and would vary by “qualification and grade”, as well as students’ intended destinations. 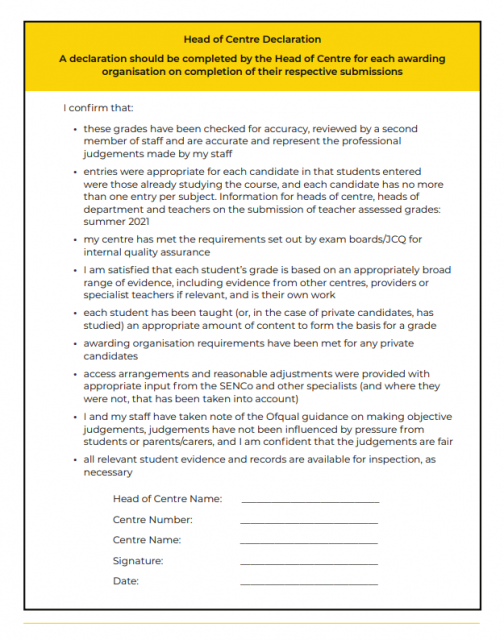 A declaration included in JCQ guidance

In the centre declaration, heads will have to confirm that “each student has been taught (or in the case of private students, has studied) an appropriate amount of content to form the basis for a grade”.

It also includes a clause to confirm that the judgements “have not been influenced by pressure from students or parents/carers”.

Exam boards will investigate “credible” allegations of malpractice or issues reported from the monitoring processes that “raise concerns about a failure to follow the published requirements for determining grades”.

They list examples including where grades are created for students who have not been taught sufficient content to provide the basis for their grade.