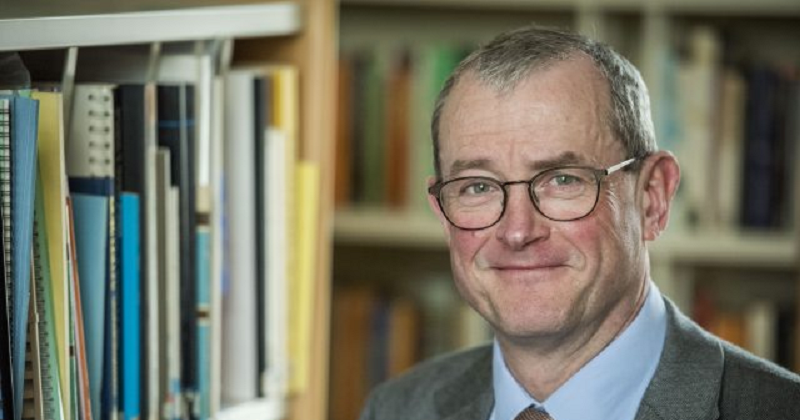 Ofqual’s chief regulator has acknowledged teachers have been given a “heavier responsibility” under the proposals to replace exams this summer.

But Simon Lebus, who started his interim role on the day that exams were cancelled, denied that the proposals put teachers in the firing line.

In an interview with Schools Week, Lebus also warned over schools being put in an “invidious position” over appeals of teacher grades. He also said exams boards will be key to ensuring fairness of grades across different regions, and revealed he wants results in line with those issued in 2020.

The exam replacement proposals, published on Friday, state teachers would issue grades based on a range of evidence, including external assessments. Exam boards would provide guidance on support on how to do this, and quality assure the approaches taken.

Students who believe their teacher has made an error in assessing their performance would be able to appeal. But the plans have caused concern in the sector that teachers are now in the firing line – replacing the “mutant” algorithm that was blamed for last year’s fiasco.

In an interview with Schools Week today, Lebus said: “I don’t think it puts them in the firing line, it’s a heavier responsibility and it needs to be managed in a way that they don’t find themselves burdened with an excessive amount of work and administration, not least because they already have the challenge of making up for lost teaching time.”

He said it is why it was “so important” to make sure there are good quality assurance arrangements, as the exam boards can provide a “scaffolding” to help support teachers “in what is undoubtedly quite a burdensome task”.

Asked how schools would be able to manage the appeals system, Lebus said: “Well I think that’s part of the purpose of asking questions about it in the consultation – it’s quite a complex process it involves schools, there are clearly concerns about the extra workload associated with that, also it puts schools in an invidious position because it can be corrosive of trust and good relations if there’s a sort of very adversarial appeals process.”

Lebus also added that he believed that the external assessments do provide an “important quality assurance mechanism”. The consultation is seeking views on whether papers provided by exam boards should be compulsory or not.

He said: “Irrespective of whether they’re optional or not, the more widely they’re taken the easier, I think, the task becomes of ensuring fairness across the piece and that students are being held to a consistent standard whatever school or college they are studying in.”

He added: “There’s a fundamental issue of fairness here, you can’t be in a situation where a school in Burnley is operating to a different standard to a school in Brighton. So there needs to be consistency the exam boards have an important role to play in that and that’s going to be one of the factors that should help control inflation.”

Lebus added that their ambition is to try and achieve outcomes that are broadly in line to 2020.

Lebus also confirmed Ofqual was caught unawares on exams being cancelled. He said he had a phone call to inform him of the exams cancellation “slightly earlier in the day”.

He said that the announcements on the final plan for exams will be made in the week commencing February 22.

See the full interview in tomorrow’s issue of Schools Week.