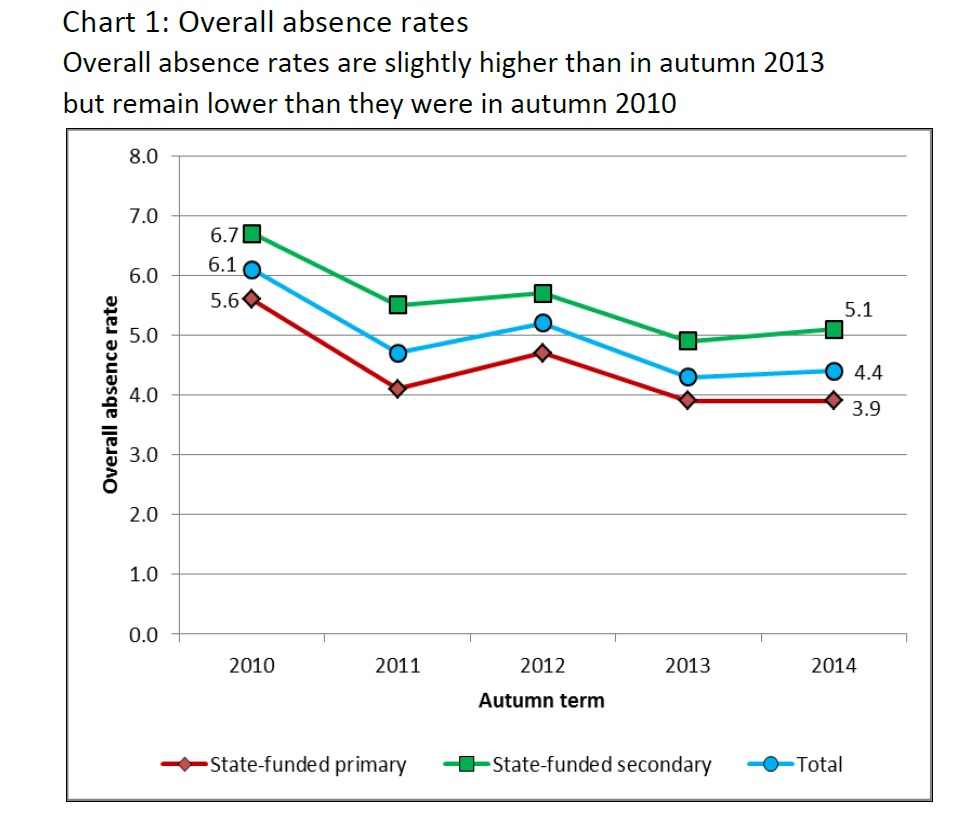 The rate in secondary schools rose from 4.9 per cent to 5.1 per cent with the primary rate remaining unchanged at 3.9 per cent.

The Government report read: “The slight increase in overall absence is due to higher levels of authorised absences, specifically absences due to illness.

“Illness is the most common reason for absence and heavily influences overall absence rates.” The stark plunge in the number of families taking their children out of school for holidays continued. (Table right)

Laws changed in September 2013 which meant parents would be fined for taking their children out of school for holidays.

And the number of unauthorised holiday absences, which had been rising slight, also fell. But rates still remain higher than in 2010.

Schools Week has also compiled tables of the top and bottom local authorities.

The London borough of Redbridge tops the table for the higher number of overall absences, with 4.6 per cent.

Rutland had the lowest overall absence rate with 2.9 per cent.

Authorities with the lowest absence rates

And Stoke-on-Trent topped the local authority table for the highest number of unauthorised absences with 1.4 per cent.