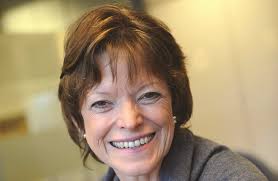 The qualifications watchdog has told exam boards to rewrite parts of their GCSE maths exam papers following the row over some accredited papers being too easy.

Ofqual today published the findings of its review into the difficulty of exam boards’ sample papers in GCSE maths.

They found OCR, Pearson and WJEC Eduqas needed to “refine their higher and foundation tier papers to sufficiently differentiate across student abilities”. For the latter two exam boards, Ofqual found A grade boundaries for higher tier papers were less than half marks.

Ofqual criticised some of the language used in exam questions by those boards saying it could be inaccessible for lower ability pupils.

While the AQA specimen paper was found to be too easy. Ofqual said: “AQA needs to lift, to some extent, the expected difficulty of their foundation tier papers”.

The review was launched after exam boards Edexcel and OCR complained the AQA sample papers were not challenging enough.

AQA previously insisted its qualification is “rigorous and provides a high value assessment”.

But Ofqual wrote to all schools asking them to take part in research to further explore the difficulty.

Glenys Stacey, Ofqual chief regulator, stressed the changes were “refinements” but this review was “unprecedented”.

She said: “Schools have had certainly the curriculum for a good amount of time and the syllabuses. And I would stress we are not asking exam boards to change their approaches to assessment.

“This is about individual questions and just making these refinements. These are not anticipated to be fundamental changes. We have been keeping schools informed of that, they have had all of the other materials that are there, this is about samples that should be refined to take into account an unprecedented level of information that is really great value to boards as we have taken each of these papers and each question, like a fish and have opened it up and said ‘look at that’, it is of immense value to boards; that level of scrutiny and feedback, we have never had before.”

On the issue of accessibility for lower ability pupils, she said: “This is about the level of mathematical difficulty, making sure people retain so far as possible that core maths, but making sure that the student is as able as possible to get to that and address that question and not be bamboozled by too many words or use of language which may inadvertently deflect that student.”

Ofqual said today exam boards will be expected to make the changes “in the next few days” and re-written samples will be sent to schools before the end of June.

The regulator also confirmed this morning it is now planning on scrutinising the exam papers to the same level as this review before they are first sat – an unprecedented move.

The new curriculum will be first taught from this September, with exams taken in summer 2017. The subject was reformed under Michael Gove with the aim of bringing pupils up to a similar level to their international peers and to bridge the gap between GCSE and post-16 study.

In response Andrew Hall, AQA’s chief executive, said: “We’re pleased that Ofqual has recognised that our qualification works properly as an assessment – allowing us to set reliable grade boundaries which will ensure that students get the results they deserve.”

Ofqual has released a video explaining the changes, which you can view here.

A regulatory summary has also been published here.