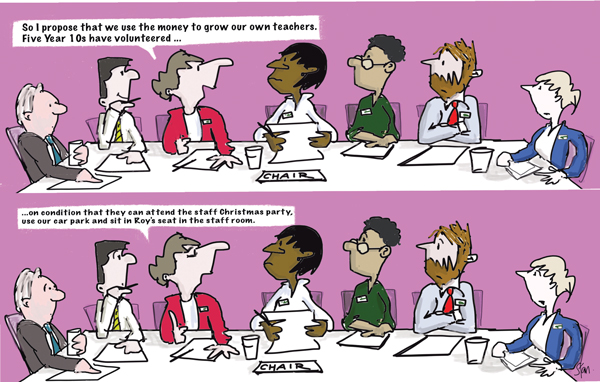 The first two university-run schools set up to train teachers alongside fully-qualified staff have opened this summer without any trainees.

The £23 million University of Birmingham School and The University of Cambridge Primary School were established as university training schools (UTS) to employ trainee teachers who will learn on the job.

Said to be the first of their kind, both offer school education in universities. They were built with extra-large classrooms and meeting rooms to fit training purposes.

But Schools Week has learned that both are yet to offer any trainee placements.

A University of Birmingham spokesperson said: “Trainee placements for students will be introduced as the school grows and there are greater numbers of pupils in the school, with trainees learning alongside experienced teachers in a model akin to teaching hospitals.

“This was the planned approach set out in the original application to the Department for Education.”

The Birmingham secondary opened as planned in September with its first cohort of 350 students and 35 members of staff, and is intended to grow to its full capacity of 1,150 students over the next five years.

The spokesperson said: “The University of Birmingham School was always envisaged as a UTS and is currently the only secondary UTS in the country.

“The larger than average classrooms (at least 50sq m for classrooms and 90sq m for laboratories) were a planned design feature of the school from the outset to benefit pupils while also allowing space for the school’s broader remit.

“The school building also includes innovation rooms to allow the school of education to undertake research into new teaching and learning strategies, and resources and interview rooms for pupil feedback.

“As with placements, it has always been envisaged that the school will increase its use of the space as it grows to full capacity.”

The University of Birmingham currently educates 350 new teachers a year and its teacher training provision has been rated as “outstanding” by Ofsted.

The spokesperson added: “Before [training] placements are introduced, staff at the school are working closely with the university’s school of education to enhance its existing postgraduate training and undergraduate education degrees.”

The University of Cambridge Primary, which opened at the same time, will offer placements to trainee teachers from next year, said headteacher James Biddulph.

“We are also able to employ newly qualified teachers and have already done so this year.

“We are working closely with the faculty of education in supporting initial teacher training.”