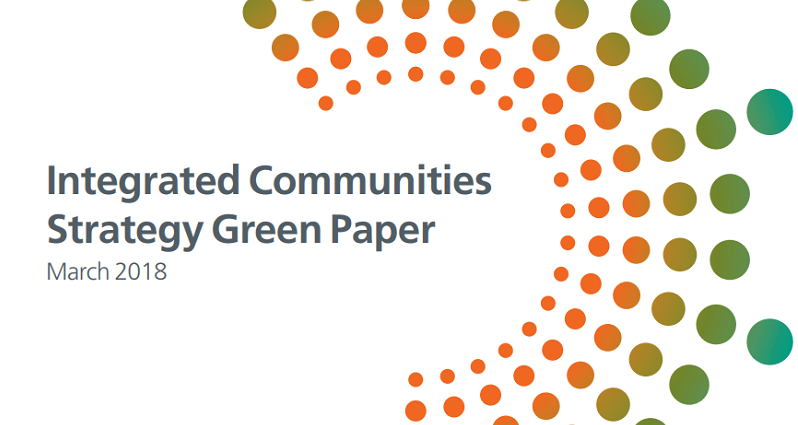 A raft of measures for schools aimed at improving community integration have been announced by the government.

The Ministry of Housing, Communities and Local Government has today published its Integrated Communities Strategy green paper, which sets out changes to the free schools application process and school admissions arrangements, new rules for private schools and unregistered settings, and guidance on home education.

Here are the main proposals relevant to schools.

Future applications to open new free schools will need to explain how they will prepare children for life in modern Britain.

Applicants will be required to outline how they will promote fundamental British values of democracy, the rule of law, individual liberty and mutual respect.

The government will publish details for future waves of the free school programme “shortly”.

2. Admissions rules will change in five areas to improve diversity

Schools will be forced to admit a more diverse intake of pupils in five “integration areas”: Blackburn with Darwen, Bradford, Peterborough, Walsall, and Waltham Forest.

The government says it will work with councils and schools to help them make intakes “more representative of their wider area”.

Although parents will still get to choose between schools, new admissions arrangements will be developed and catchment areas will be varied to take into account the most diverse communities.

The government will work with Ofsted and local councils to ensure children attending unregistered independent schools and out of school settings are safe and are receiving a suitable education.

All full-time independent education settings should be registered and regulated, no matter what curriculum they offer.

The government will change the rules so independent education settings have to register if they have any children attending full-time during the school day. There will be a consultation “in due course” on the details.

Ofsted’s powers in relation to unregistered schools will be also reviewed, to look at strengthening their abilities to collect evidence and interview those suspected of running illegal schools, to meet the stringent requirements for criminal prosecutions and ensure illegal schools close.

Amanda Speilman, the chief inspector schools, has expressed frustration at the lack of powers for Ofsted in this regard.

The first document will include updated guidance on the independent school standards, to help schools understand what they mean and what they need to do to meet them, and clarify the government’s expectations.

The second will set out the circumstances in which the DfE would move to “enforcement action” if a school fails to improve and meet the independent school standards. Proposed new powers include the ability to prevent private schools from recruiting new pupils and force closure.

“We are committed to taking a firmer approach to enforce standards when there is evidence of noncompliance,” the paper said.

The government wants to crack down on cases where children are said to be “home educated”, but are actually attending an unregistered school setting.

The DfE will revise non-statutory guidance on home education to explain the respective rights and obligations of LAs and parents more clearly, and to make it easier for LAs to “tackle poor elective home education more effectively and with more confidence”.

The government will also invite parents and young people to give their views on the revised guidance.

Pupils’ rights to express their religion or belief may need to be restricted in some circumstances, and schools’ final decisions must be respected by parents, the government said.

Such restrictions “may be justified where a school has good reason”, such as “the promotion of cohesion”.

In the recent case of St Stephen’s Primary School in Newham, a ban on young pupils wearing the hijab had to be removed after a backlash from the community.

“Pupils have the right to manifest a religion or belief, but not necessarily at all times, in all places or in a particular manner,” the paper said.

School leaders must carefully consider reasonable requests to accommodate religious or other beliefs, but weigh this against the aim of creating a unified school ethos or for the safety of pupils.

“It is for the school to make the final decision and we will not tolerate undue pressure or harassment of school leaders who, having considered requests and consulted on their policies, determine policies that reflects their individual school’s ethos and values.”

The schools watchdog will review the prominence and the weight attached to fundamental British values during inspections, making the matter more of a priority.

It will ensure there is “strong coverage of schools’ promotion of fundamental British values and integration” within its new inspection framework, which comes into effect from September 2019.

A new strategy for English language learning will be published, including plans for new community-based programmes and local “conversation clubs”.

A bid to improve the data held on pupils from a Roma background will help local service providers to “better understand and meet their needs” and clamp down on truancy.