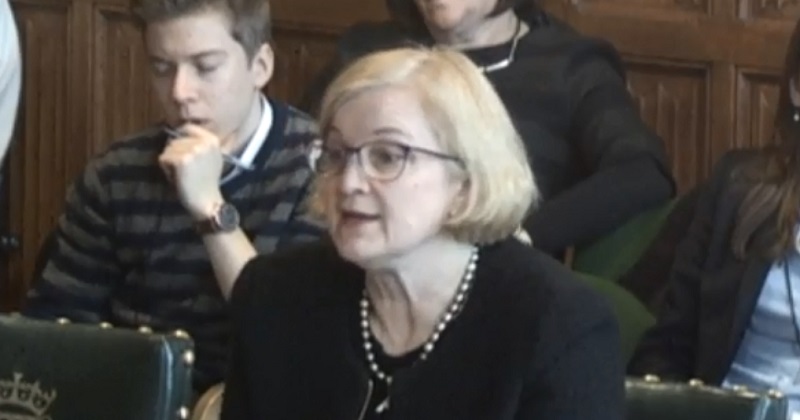 The chief inspector of schools faced questions from MPs this morning.

Amanda Spielman appeared at a hearing of the parliamentary education committee.

A lack of investigative powers is preventing Ofsted inspectors from identifying links between extremism in unregistered schools and terrorism.

Spielman said establishing a link between extremism and terrorism is “something that is extremely hard for us to have an opinion on” because Ofsted only has powers to inspect, not investigate schools.

One issue is that Ofsted has no powers to get entry to uncooperative unregistered schools or seize evidence.

Spielman said the current legislative framework was designed at a time when “nobody really contemplated there being schools that simply would not want to comply with the law”, and said a tougher approach to regulatory enforcement was needed.

Spielman faced questions about whether her mission for greater powers is “mission creep by the state”.

Conservative MP Michelle Donelan asked if Spielman was confusing alternative provision with out-of-school settings like clubs and sports sessions, and wanted to know if she was comfortable with scenario where “we’re constantly subjected to inspection in our private lives”.

“I don’t think I’ve said anything that says this is about inspection in people’s private lives,” said Spielman, but said it was important not to give up on attempts to work out exactly what settings should be inspected just because it proved difficult.

“The last thing I want to see is troops of inspectors descending into every Sunday school and sports club in the country,” Spielman said, but argued a “broader category” for certain out-of-school settings is needed.

3. Lack of data on pupils is making things difficult

It is “extremely hard” to get a handle on where children are if they are not in the national pupil database, Spielman said.

Ofsted has been looking into cases where pupils disappear from the NPD from one year to the next, but the numbers are “concerningly large and growing”.

Spielman also described an “unusually permissive” system in this country, which does not require parents to register children who don’t attend school, and warned that some parents were keeping children at home but in fact putting them into unregistered schools “often with a very particular religious slant”.

She said some orthodox Jewish schools specifically had “a problem with particular aspects of equalities law, especially the parts around protected characteristics”.

Last year, Ofsted was highly critical of the Vishnitz Girls School in north London, which it claimed did not “pay enough regard to developing respect and
tolerance for those who may have protected characteristics as set out in the 2010 Equality Act”.

In the same month, Yesodey Hatorah School in Stamford Hill was branded ‘inadequate’ and criticised the school’s “weak” promotion of fundamental British values, “particularly in relation to tolerance of people who have protected characteristics under the Equality Act”.

Responding to Conservative MP Trudy Harrison, who told Spielman she was “incredulous” to find out there was no process to close independent schools where inappropriate reading materials or “squalid conditions” are found, the chief inspector says she too was “astonished” to learn about the issue.

However, she said Ofsted has had “more constructive” conversations with the DfE, which regulates independent schools, in recent weeks, and is hoping to see a “more determined regime in the coming months”.

“I just find it incredulous that there is not already a process in place to shut this schools down, remove the materials, when squalid environments are found. That wouldn’t happen in a business, why can it happen in a school,” said Harrison.