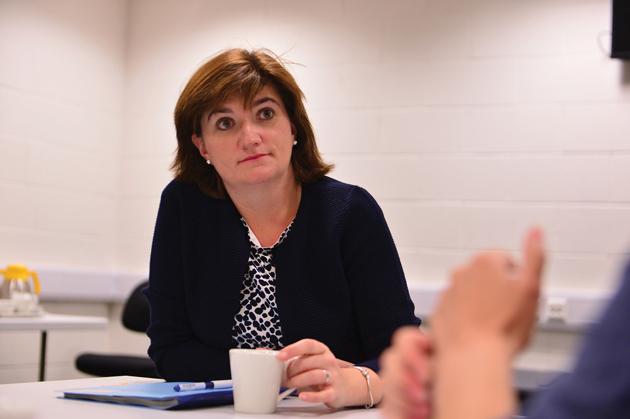 A leadership coaching scheme which will see women in schools encouraged to mentor others and a website to promote flexible working opportunities for women are to be launched by the government.

Education secretary Nicky Morgan has today announced plans for a site which matches women with flexible roles and job-share partners, and called for volunteers for a team of 1,000 coaches from within the teaching profession to nurture leadership potential in women.

The government will also provide training to help women back into the classroom following a career break, Ms Morgan has confirmed.

Her comments follow the release of research by think tank Policy Exchange and the Association of School and College Leaders which showed one in four teachers who leave the classroom are women in their 30s.

Ms Morgan warned that women were under-represented in top school leadership roles, particularly at secondary school, where just 37 per cent of headteachers are women, and said the new website would not only help women find flexibility, but would also help schools fill vacancies.

She added: “Too many women still feel unable to return to work after having a child, and too many parents feel they lack the support to juggle the demands of having a family and their career.

“I want to ensure there are no limits to what women can achieve so we make the most of the exceptional talent we have in the teaching profession.”

Training and coaching for women who want to return to the teaching profession will be made available from this August, and a ‘women in education symposium’ will also be held in the summer to gather views on the government’s approach to providing better opportunities for women.

Ms Morgan has called on women already in leadership positions across the sector to pledge their time to coach and mentor at least one woman to develop their career, stressing that she hoped to see at least 1,000 such relationships in place next year.

She has also announced the launch of a network for women in education, which will have 50 equality and diversity champions, but the government has not yet said how they will be recruited.

The Department for Education has not indicated when the website will be launched, how much these new initiatives will cost or how they will be funded.