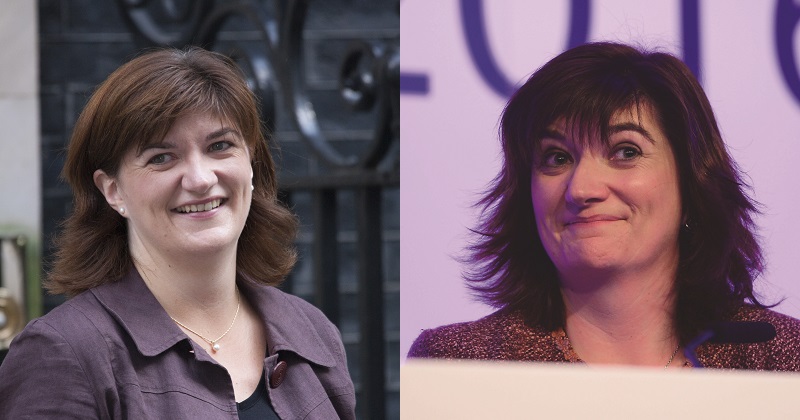 Nicky Morgan has been sacked from the Department for Education after two years as its secretary of state.

She tweeted this morning: “Disappointed not to be continuing as Education Secretary and Minister for Women & Equalities – two wonderful roles it’s been a privilege to hold.”

It is now unclear what Morgan’s next challenge will be, but for now she appears to be returning to the back benches with Michael Gove and the likes of David Cameron and George Osborne.

Morgan leaves behind a mixed legacy from her time in office.

Appointed on July 15, 2014, as Michael Gove’s successor during a reshuffle aimed at refreshing the coalition front bench ahead of the 2015 general election, former lawyer Morgan was initially tipped as “Gove-light”, a bridge-builder, and someone to pacify the teaching profession following alienation by her predecessor.

Since then, Morgan, who has represented the Loughborough constituency since 2010, has presided over significant changes to curriculum, assessment and school structures, many of which were set in motion during Michael Gove’s time in office.

Morgan leaves her role with a slightly improved relationship with the teaching unions. In April, she was the first Conservative education secretary to address the NASUWT’s annual conference since 1997, but used her platform to accuse critics of government policy of talking down the profession.

She was also heckled by school leaders at the NAHT headteachers’ conference in Birmingham in May, after telling teachers to “step up” and help the government with reforms otherwise young people would be left behind.

However, she has sometimes been praised by union leaders particularly for her attempts to tackle funding inequalities in schools and develop a national funding formula – a policy which now hangs in the balance.

In time, it is likely her biggest legacy will be the expansion of academies under tenure. Although its key architect was Gove, it continued increasing during her time at the department, and she oversaw the introduction of eight regional schools commissioners designed to further speed up the process.

As she leaves office, almost 65 per cent of secondary schools are academies, and the proportion of primaries with academy status has almost doubled since 2014 – from 10.7 per cent to just shy of 20 per cent.

But Morgan’s recent ill-judged proposal to force every school in England to become an academy by 2022 may be her enduring legacy.

The move was swiftly shelved, and although new plans to target schools in “underperforming” or “financially unviable” council areas will probably bring about the same endgame, Morgan’s embarrassing and public u-turn – made the day after the local elections – is what much of the public will remember most vividly.

Beyond the schools community, Morgan has also felt the vitriol of parents after presiding over chaotic primary school tests, which were said to leave pupils in tears, and after continued enforcement of fines for families who remove their children form school in term time for holidays.