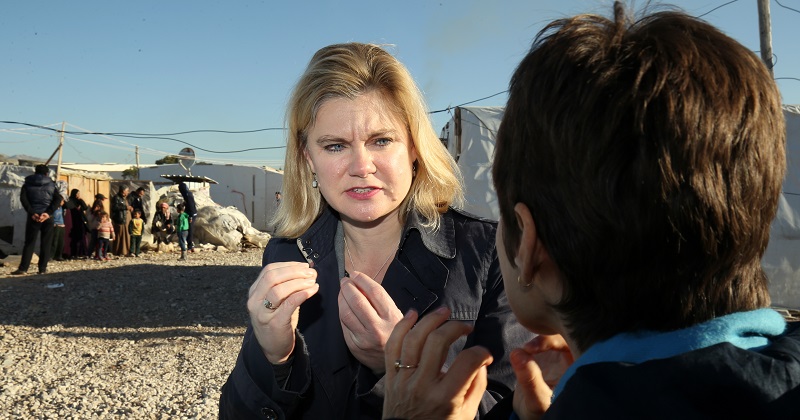 Justine Greening has been announced as the new education secretary, in Theresa May’s first cabinet line-up.

Here is what we know about her:

2. She was born and raised in Rotherham. The only other education secretary born in South Yorkshire was David Blunkett.

4. A touchy subject of late, but as the role involves children so directly it will be mentioned at times: Justine Greening has no children. This isn’t unusual for education secretaries. Zero is actually the most common number.

5. Greening studied economics at the University of Southampton. She is the first to have studied there, but is joined in her subject choice by two other former education secretaries: Fred Mulley (1975-65) and John MacGregor (1989-90).

6. Her first job was in Morrisons supermarket. No other education secretary is recorded as having worked there, however Margaret Thatcher’s father was a greengrocer and she was raised in a flat above the shop, which she worked in from a young age. (Yes, Thatcher was once an education secretary).

7. She worked as an accountant after university, an unusual role for an education secretary – they are often lawyers – but John MacGregor also worked in banking.

8. Her predecessor, Nicky Morgan, was in role for 731 days. The average is 836. If Greening stays in office for the average number of days she will leave on October 26, 2018.

9. She is the first openly gay education secretary, having announced on twitter the day after the referendum that “I campaigned for Stronger In but sometimes you’re better off out!” before going on to state that she was in a “happy same-sex relationship”.