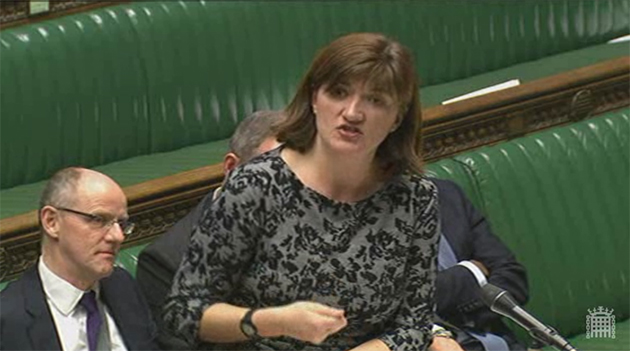 A free school threatened with closure has asked education secretary Nicky Morgan to remove herself from the decision-making process and threatened a judicial review if she remains involved.

Lawyers working on behalf of Durham Free School have penned an 18-page letter to Ms Morgan outlining its reasons for believing she is “biased”.

The letter said: “Our client has the right to expect a decision maker who will fairly and properly consider the representations it makes in response to the notice of intention.”

The school, which has 94 pupils, had until yesterday to make representations about the intention to terminate its funding, after an Ofsted inspection rated the school as inadequate.

The lawyers have asked Ms Morgan to respond within seven days.

The letter to Ms Morgan said: “We are instructed to put you on notice of our client’s intention to seek judicial review of any decision by you to continue in this decision making process.”

A judicial review cannot be requested until a final decision has been made.

The letter also asks for the details of the allegations made by a whistleblower against the school and believes the decision by the Education Funding Agency (EFA) to give it financial notice to improve “lacked transparency”.

The letter adds: “Given the lack of information provided to the trust, our client is concerned the original allegations (of which it has no knowledge) were given undue weight in the decision to send in both the EFA and Ofsted.

“These unspecified allegations appear to have shaped the subsequent assessments formed by both bodies, which has led to the current decision over funding.

“This raises fundamental questions of fairness which go to the lawfulness of the decision to issue the Notice of Intention [to withdraw funding].”

Governors last week released confidential documents from a DfE monitoring visit to the school last June in which officials claimed pupils were well-behaved and the school was run effectively.

Chair of governors John Denning has also made an official complaint to Ofsted about the way the November inspection was carried out.

He claims pupils were asked questions such as “do you know anybody in the school who is gay” and “what would you do if a Muslim came to this school”.

In his complaint, Mr Denning said: “The governors are very concerned because they view the questions which were asked to be highly inappropriate. Most of our pupils are twelve years old or under.”

Sir Michael Wilshaw, in last week’s education select committee, said there was no evidence such questions had been asked.

In response, Mr Denning said: “I am deeply troubled by the Chief Inspector’s comments. Merely speaking with the inspectors does not constitute a thorough investigation. No one at Ofsted has contacted the school to assess the evidence of the complainants.”

An Ofsted spokesperson said: “We take all complaints seriously, and will investigate the issues raised in line with our published policies and procedures.

“However, as the Chief Inspector recently stated, a detailed investigation has so far found no evidence to indicate that inspectors failed to act with care and sensitivity and to ask age-appropriate questions during the inspection of Durham Free School.”

The DfE said a decision about the school will be made in due course.

Ms Morgan has said previously: “We will not tolerate failure in our schools and it is one of the great strengths of the free school programme that we can identify and deal with it quickly in a way that is not possible in all schools.