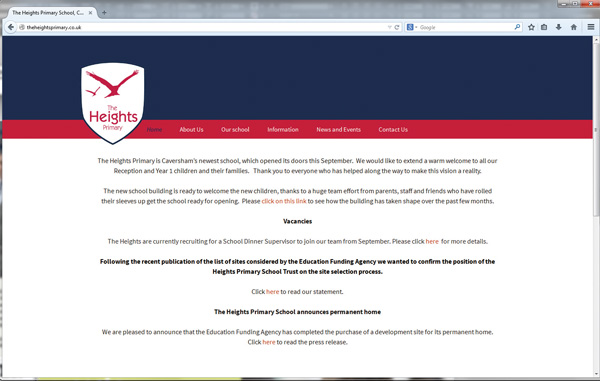 A minister has been forced to intervene after a free school in his constituency has been without mains electricity for five weeks.

The Heights Free School in Caversham, near Reading, opened in early September in temporary accommodation, and at the time of going to print was still without mains supply.

The primary school has been forced to use a generator at a cost of £1,200 per week – but while this has provided regular electricity, limited capacity means it has not been able to use all of its interactive whiteboard and iPads.

Rob Wilson, MP for Reading East and the newly-appointed Minister for Civil Society, told Schools Week that he arranged a meeting between the school’s electricity company and the local council last Friday to secure action on laying a mains cable to the school.

Headteacher Karen Edwards said that while the school was able to operate normally, the lack of a full power supply meant that only ten of the school’s 60 iPads could be used at the same time, as well as a sole interactive whiteboard in one of the school’s three classrooms.

The shortage also meant that administrative staff had to use laptop machines, she said.

The school, which has 61 pupils, was set up in portable classrooms on the site of a former nursery, a plan pulled together at high speed shortly before the school year began after problems with its permanent site.

Schools Week reported last month that a £1.2m three-bed home purchased by the Education Funding Agency may not now be used after fierce opposition from local residents.

A temporary site was only found in April, and is outside the school’s catchment area.

Ms Edwards said: “We have been on the site for four-and-a-half weeks, something pulled together by quite an amazing group of contractors.” She said that six weeks ago, the school had not existed at all.

Mr Wilson said: “Following numerous emails and telephone conversations between my office, the Heights, [electricity company] SSE and Reading Borough Council, it has now been agreed that the work will take place this week, with the connection to be established by October 10.

“I hope that this will indeed be the case, as the unreliability of the generator has had an adverse impact of the efficient running of the school – especially on the occasions when it has failed.

“The school is a real testament to the hard work and dedication of the parents and teachers and it is essential that the basic utility connections are in place to ensure its immediate success.”

A spokesperson for the Department for Education said: “The Heights Free School has recently opened on a temporary site.

“While the mains supply is being connected, we have arranged for electricity to be supplied by a generator as a short-term solution – so that the school could open as planned.”